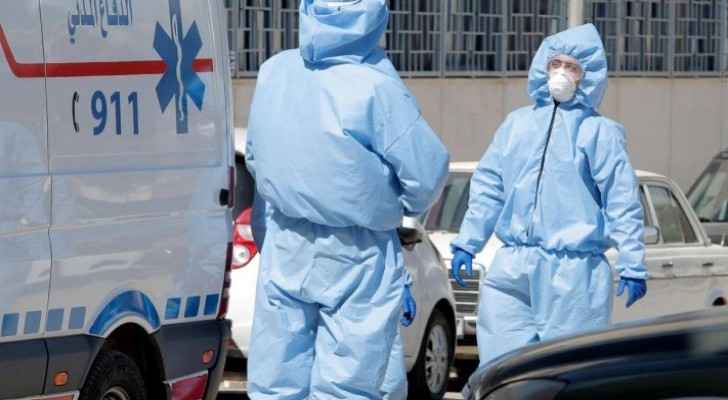 Security services closed last night the surrounding of a residential building in the northern Hashmi (Hashmi Al Shamali) area of Amman as some residents of this building were suspected of having COVID-19.

In a statement to Roya this morning, spokesman for the national committee for epidemics Nathir Obaidat said that the suspected cases had direct contact with the infected nurse who works at Al-Bashir Hospital before she was quarantined at Prince Hamzah Hospital.

"The building was closed and medical teams got in to conduct the necessary medical tests," Obaidat added.

"Medical staff examines anyone who had direct contact with an infected person, including their family members and neighbors," he confirmed.

"Until 1:00 am, no confirmed cases were reported among the suspected cases in the building," he said, stressing that the results of the tests will be shown today and the Ministry of Health will make an official announcement after a complete confirmation.

Last night, a video circulated on social media platforms showing security services as they were surrounding the building.

He said that among the infected are five people who had directly contacted the nurse.

On the health condition of the infected, Obaidat said that all cases are in good health condition, except for five, of whom four suffer from pneumonia and their condition is stable and another in critical condition and is being monitored closely.

"Among the infected is a taxi driver," Obaidat stated, explaining that the case was discovered when his daughter showed symptoms of the virus, after which they both tested positive.

The national committee for epidemics is now investigating how he contracted the virus, Obaidat confirmed.

He pointed out that there were three cases that it was unknown how they were infected. However, one of them was found to have contracted the virus from an infected person. As for the other two, it's still unknown how they got the virus.

Regarding the government's measures to open groceries, Obaidat said: "We are in a pandemic and the virus rapidly spreads. To protect the health of people, the best thing we can do is to implement strict measures and the more stringent the procedures are, the better the results, and this will decrease the number of infections and there will be no deaths."