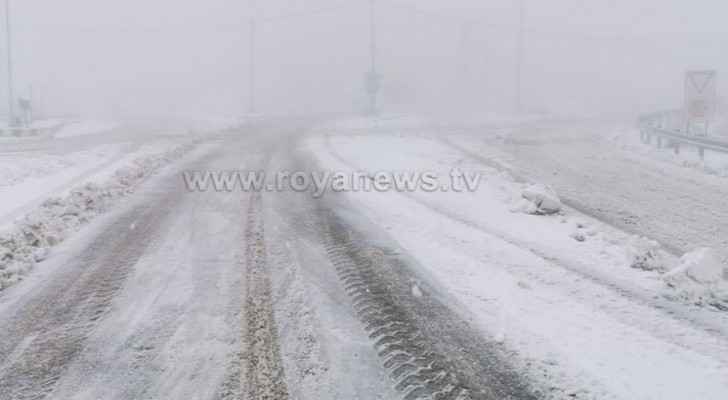 The Kingdom is expected to get affected by a polar air mass tomorrow, as a remarkable drop in temperatures and extremely cold weather are expected, according to the Jordan Meteorological Department (JMD).

Tomorrow morning, snowfall is expected over the high areas that exceed 1000 meters above sea level.

However, other areas are expected to witness rainfall that may be accompanied by hail showers.

At night, there will be a slight chance of rain and snowfall, with northwesterly active winds.

JMD warns citizens of flooding in lowlands and valleys due to the rainfall and the risk of frost forming at midnight.

As for Wednesday, a slight rise in temperatures is expected, yet the weather will be cold and partly cloudy in various parts of the Kingdom.

Rain showers are forecast in the southwestern parts of the Kingdom, with northwesterly moderate speed winds.

At night, frost formation is expected over the high mountains.