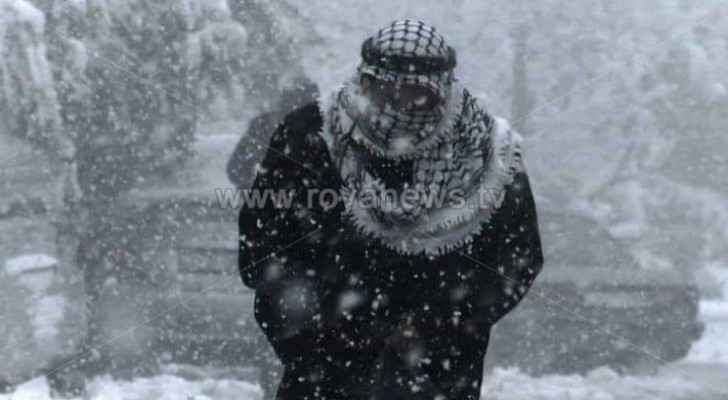 A polar air mass is expected to hit the Kingdom as of the early hours of Tuesday, January 21, according to the Jordan Meteorological Department (JMD).

On Tuesday morning, snow showers are expected over the areas that exceed 1000 meters above sea level.

During daytime, a remarkable drop in temperatures is expected, with extremely cold weather, partly cloudy to overcast skies and northwesterly active winds.

Rain is forecast in most parts of the Kingdom and may be heavy at times and accompanied by thunderstorms and hail showers in some areas.

No rainfall is expected at night, yet there will be a chance of frost formation.

On Wednesday, January 22, the Kingdom will remain under the influence of the air mass, with chilly weather conditions and partly cloudy skies.

During daytime, light rainfall is expected in the western parts of the Kingdom, with northwesterly moderate speed winds.

On late Wednesday, frost is expected to form in most areas of the Kingdom.