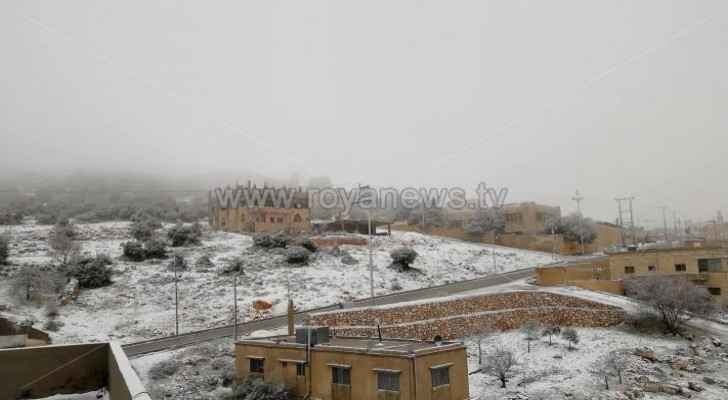 A third-degree weather depression has started to affect the Kingdom this morning, according to Arabia Weather.

A remarkable drop in temperatures is expected today, as they will be 5-7 degrees below their annual average.

Extremely cold weather conditions are expected, with high-speed strong winds that may cause dust to rise in the southern and eastern regions of the Kingdom.

Snow showers are in the forecast over the high areas that exceed 1000 meters above sea level.

However, the northern and central areas of the Kingdom are expected to witness rainfall that may be heavy at times and accompanied by hail showers over the high areas.

At night, the weather is expected to be extremely cold, with rainfall in the northern and central areas of Jordan.

Rain may be heavy at times and accompanied by hail showers.

Snow is in the forecast over the high mountains in the south of Jordan, with easterly to southeasterly high-speed winds.

Arabia Weather has warned of the following:

In addition, Arabia Weather has called for: