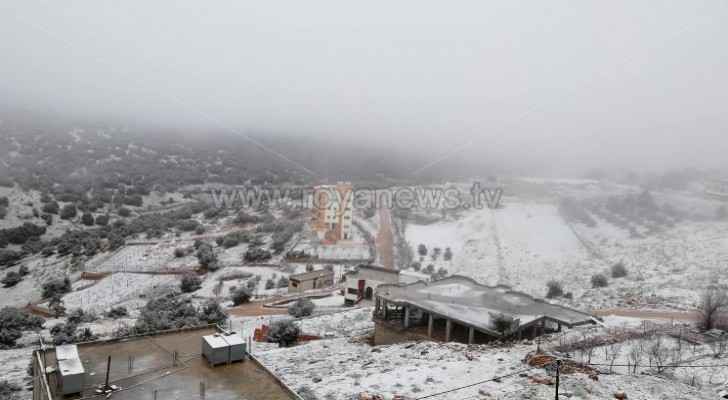 According to recent weather updates, Jordan will get affected by a third-degree weather depression tomorrow, which will bring medium to heavy rainfall, strong winds and some snow showers, especially over the high mountains, according to Arabia Weather.

Stable weather conditions are expected during daytime tomorrow with high-speed winds that may cause dust to rise.

However, in the afternoon, there will be a chance of rain and hail showers in various parts of the Kingdom.

Areas exceeding 1400 meters above sea level, including the Tafilah and Sharah mountains may witness snowfall.

Early Wednesday, extremely cold weather is in the forecast, with westerly high-speed winds that may cause dust to rise.

Light snow is expected in the morning over areas that exceed 1000 meters above sea level.

According to Arabia Weather, the weather depression is expected to enter the Kingdom tomorrow afternoon, as rain and hail showers are likely to fall over the northern, central and southern areas.

At night, snow showers are in the forecast over areas exceeding 1400 meters above sea level, including the Tafilah and Sharah mountains.

On Thursday, January 8, the weather will be cold and rainy in most areas of the Kingdom. Snowfall is expected over the areas exceeding 1200 meters above sea level with a chance of snow accumulation across the Sharah mountains and other hilly areas.

The weather depression will deepen on Thursday evening and at night, as heavy snowfall is in the forecast over areas exceeding 1300 meters above sea level in the south of Jordan, which may cause road closure.

Weather depressions have been classified according to the WII into five degrees: