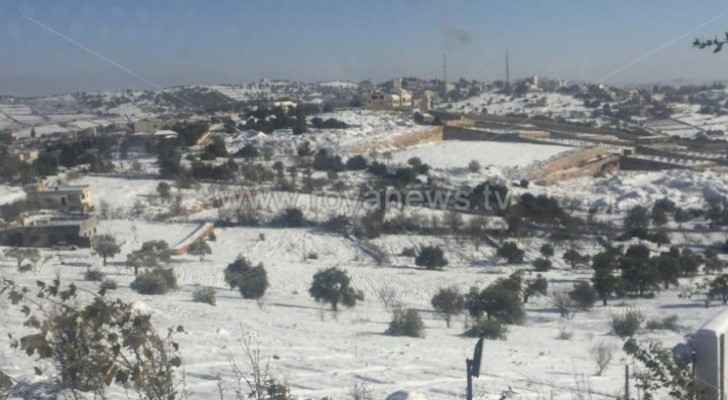 As a cold air mass will move through the country during the early hours of the night, chilly weather conditions and partly cloudy skies are expected today, according to the Jordan Meteorological Department (JMD).

Frost is predicted in the high mountains and the Badia region during late night.

On Wednesday, January 8, a weather depression, centered over Cyprus, is expected to hit the Kingdom, where a remarkable drop in temperatures and extremely cold weather conditions are in the forecast.

During daytime, rainfall is expected in the northern and central parts of the Kingdom.

At night, the weather depression will deepen, as rainfall is expected in most areas of the Kingdom. Rainfall may be heavy at times and accompanied by thunderstorms and hail showers.

Later in the night, snow showers are expected over the high mountains, with westerly high-speed winds that may exceed 70km/hour.

As for Thursday, January 9, the weather will remain extremely cold, cloudy and rainy in most areas of the Kingdom. Rainfall may be heavy at times, with thunderstorms and hail showers.

Light snow is also in the forecast over the high mountains, with westerly high-speed winds.

Heavy rainfall is predicted during daytime on Friday, with high-speed winds.