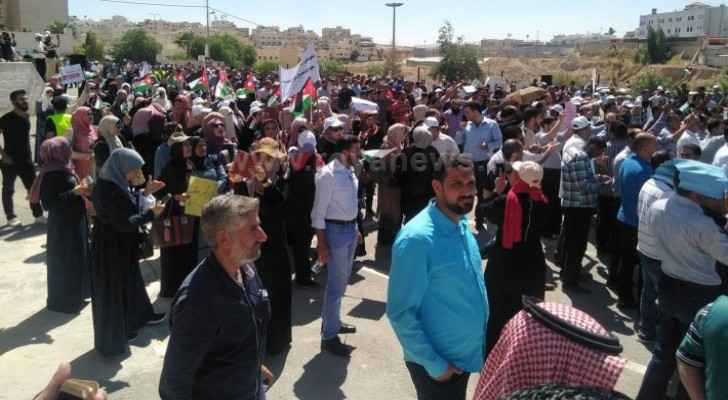 A number of striking teachers have organized a protest in Zarqa governorate on Monday, September 23, 2019, in order to confirm their demands, the most of which is a 50% raise on their salaries.

Deputy President of the Jordanian Teachers Syndicate, Nasser Al-Nawasrah confirmed that teachers' demands are vocational and have nothing to do with parties, stressing that all they need is an apology and the 50% raise.

He said, "the teachers and the Syndicate are not subject to threats and intimidation, and they will never give up on this demand."

For his part, media spokesman for the Syndicate, Nour Al-Deen Nadeem stressed that the government should apologize to all teachers and set up a fact-finding committee to investigate into the protest that took place earlier on Thursday, September 5, 2019.