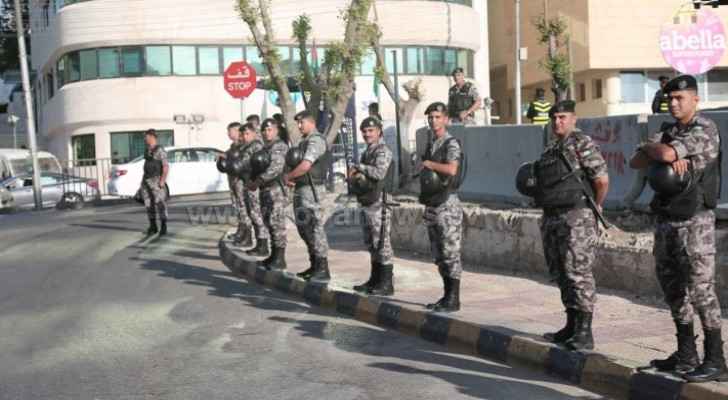 Since the early hours of Thursday, September 5, 2019, the vicinities of the 4th circle and the Ministry of Interior circle in Amman have witnessed heavy security presence.

Members of the Public Security Directorate (PSD) and Gendarmerie forces, in addition to members of the Central Traffic Department (CTD) have surrounded the areas.

This came after the Jordanian Teachers Syndicate had called on teachers to organize a protest near the Prime Ministery's building on the 4th circle with abasic demand of a 50% raise for teachers.

The sit-in is scheduled to begin at 12 pm, where teachers will perform "Salat Al-Gha’ib" (Absentee Funeral Prayer) for the Head of the Syndicate, Ahmad Hajaya, who died in a road accident earlier last week.

Informed sources had confirmed on Wednesday, September 4, 2019, that the Ministry of Interior allowed teachers to organize the protest in the square opposite to the House of Representatives.

The sources had also stressed that the Ministry will not allow the protestors to hold the sit-in on the 4th circle or the Interior roundabout, adding that the necessary procedures will be taken once the teachers attempt to stage the protest there.

The two circles witness heavy traffic every day and the security forces will not allow any protests there in order not to impede the traffic, the sources explained.