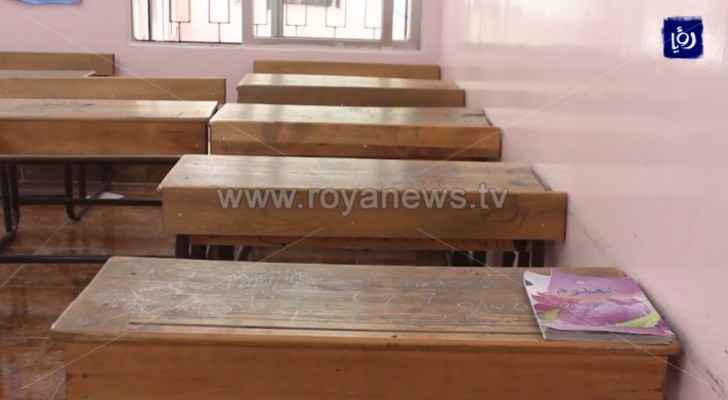 Classrooms are still almost empty of students and teachers in most public schools of the Kingdom as the teachers' strike enters its third week, despite several attempts to reach an agreement between the government and the Jordanian Teachers Syndicate.

For the third week, most teachers head to schools, yet refuse to enter classrooms or give lessons to students.

Vice president of the Syndicate, Nasser Al-Nawasrah had earlier said that "the third week of the strike is the week of insistence."

Dozens of teachers in Al Hasa area of Tafilah governorate and in Mafraq governorate organized protests on Sunday, September 22, 2019, where they called on the government to offer them a 50% raise on their salaries.

However, in a post on the Syndicate's Facebook official page, Nawasrah stressed that teachers will compensate students for all the lessons they didn't take during the strike.

"If the government can no longer solve this issue, it's better for it to give a chance to a new and serious government team to fulfill its duties towards the country and citizens," he added.