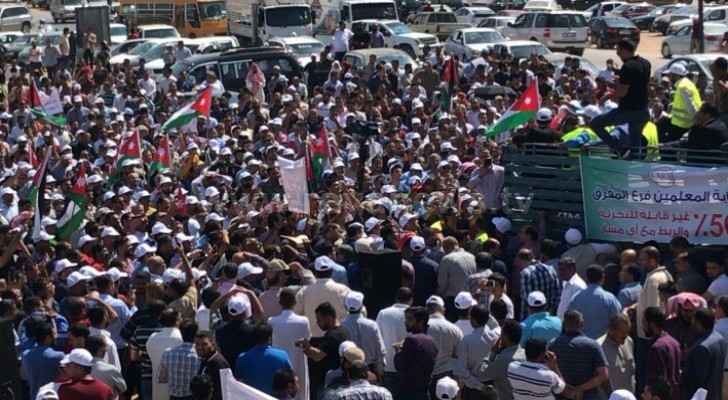 Tens of teachers have held a protest on Sunday, September 22, 2019, in front of the syndicates complex in Mafraq, in response to the request of the Jordanian Teachers Syndicate, which urged teachers to organize this protest in order to place pressure on the government to approve on the 50% raise.

In the photos, teachers appeared holding the Jordanian flag and banners indicating statements that show their demands.

The Syndicate had earlier announced that during the third week of the strike, several protests will be held in front of the Vocational Syndicates Complex in Mafraq, in addition to a rhetorical festival in Al Hasa in Tafilah.

Protests will be also organized in Zarqa and Jerash.