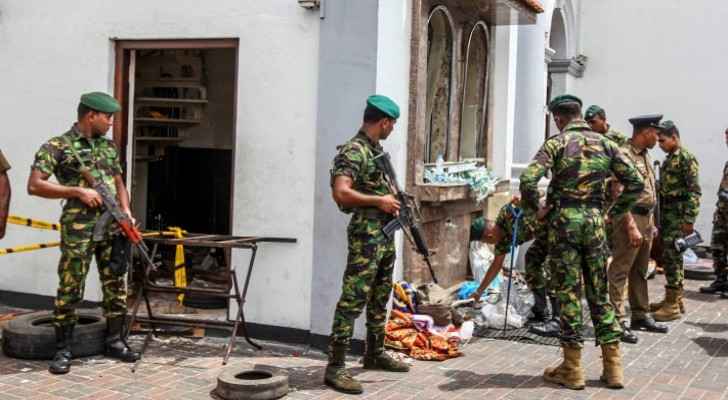 At least 15 people, including six children, were killed on Friday night, April 26, 2019, during a fierce hour-long gun battle between Sri Lankan security forces and suspects linked to the Easter Sunday bombings in Sri Lanka, a military spokesman has said.

While the military and police were trying to break into a site believed to be a hideout of a terrorist group in the Saindamarudu area in Kalmunai, three men blew themselves up, killing three women and six children.

Sri Lakan police and army also reported the killing of a civilian in the exchange of fire and stated that no member of the security forces has been injured during the battle.

"Three other men, also suspected of being suicide bombers, were found outside the site," police said.

Police also stated on Friday that during the raid, they had seized 150 explosives and ISIS uniforms and flags inside the building, which appeared to be a bomb making factory or storage facility and thought to be the place where the terrorist group planned for the series of attacks.

"We have information now that there are about 140 people in Sri Lanka who are linked to ISIS. We can eliminate them all, and that is what we are going to do," President Maithripala Sirisena said.

The situation is tense throughout Sri Lanka, as suspects continue to be prosecuted, however, security forces have arrested about 75 people since Sunday, linked to the attacks.

Man dies after being assaulted one month ago in Irbid

Man dies after being assaulted one ....