Jordan continues to be 'an exceptionally reliable partner': US Central Command

Jordan continues to be 'an exceptionally reliable partner': US Central Command 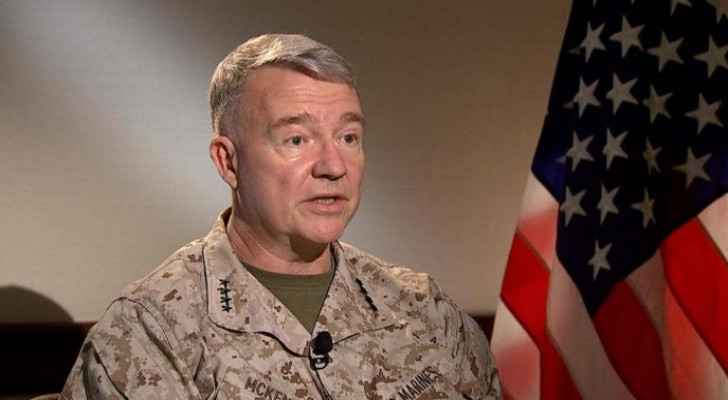 The commander of the United States Central Command, General Frank McKenzie, met with the Chairman of the Joint Chiefs of Staff, Major General Yusef Ahmed Al-Huneiti in Amman Saturday, May 22.

The leaders discussed the enduring defeat of ISIS, the Afghan-led peace plan, border security and ways to expand defense cooperation and modernization responsibly in a COVID-19 environment.

“Jordan has an unmatched ability to engage stakeholders from different cultures and points of view,” McKenzie said.

“Thanks to King Abdullah II’s leadership and the Jordan Armed Forces’ capabilities, the kingdom continues to be an exceptionally reliable partner and champion of regional peace and stability.”

During the visit, McKenzie also met with Chargé d’Affaires Mike Hankey and other members of the US embassy staff.

Individual arrested after trying to infiltrate from Syria ....

Individual arrested after trying to infiltrate ....

Individual arrested after trying to infiltrate ....

Individual arrested after trying to ....