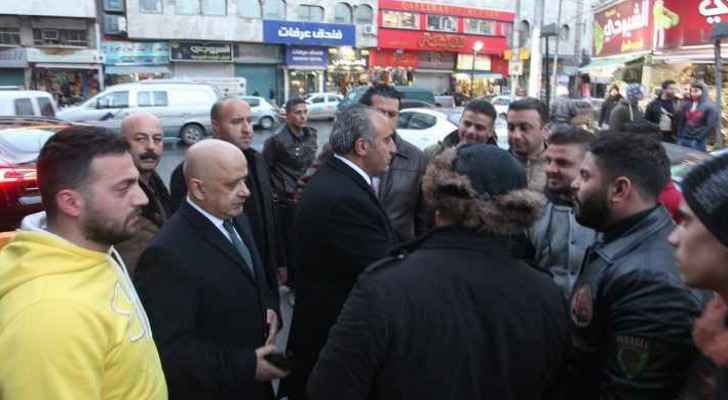 The Greater Amman Municipality (GAM) has decided to exempt traders, who were affected by the recent Downtown floods from vocation and waste license fees for two years, Amman's Mayor, Yousef Al Shawarbeh said on Saturday, March 2, 2019.

Shawarbeh added that this recommendation will be submitted to GAM's council as soon as possible, as well as to the Jordanian Prime Minister Omar Razzaz for approval.

Shawarbeh, accompanied by the Chairman of the Amman Chamber of Commerce Khalil Al-Haj Tawfiq, visited Downtown Amman on Saturday night, during which they inspected the heavy losses and damage in a number of shops, and listened to the traders’ demands and proposals.