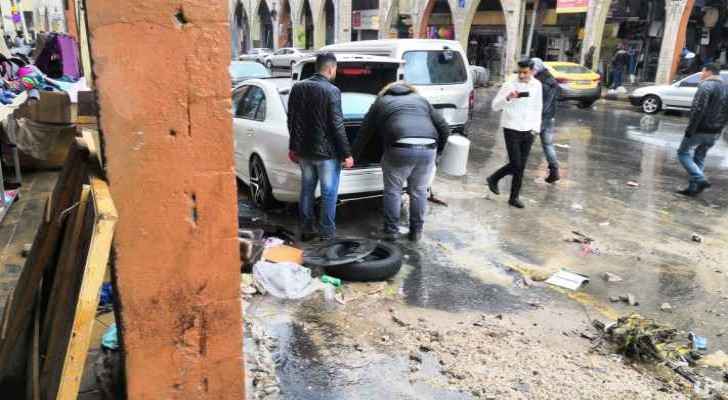 The head of Amman Chamber Of Commerce Khalil al-Haj Tawfiq said that waters that raided shops in Downtown Amman caused large losses in the shops which are estimated at millions, and called for the formation of a governmental inquiry.

In a press statement on Thursday, Al-Haj Tawfiq called on the government to compensate traders who were affected by the floods, causing great damage to their goods.

He said that the high level of water and the lack of drainage is a shortcoming of the concerned authorities which does not reflect the readiness and response of the warnings announced by the Jordanian Department of Meteorology.

Al-Haj Tawfiq said that what happened in the center of the country is not the first time and has occurred during the past years without anyone being held accountable for the poor infrastructure, especially water drainage.

He pointed out that the Chamber will work to limit the damage suffered by traders as of Saturday morning and submit a proposal to the concerned authorities to take appropriate action and compensate the traders.