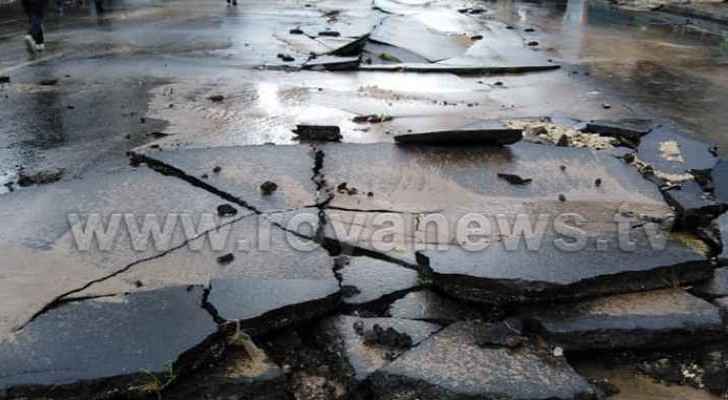 The Greater Amman Municipality (GAM) said that unprecedented heavy rains led to large drifts of soil from Jabal Al-Jofa to block the drainage systems in Quraish Street in Downtown Amman.

In a statement on Thursday, GAM said that mechanisms and cadres are working to address the situation at full capacity, pointing out that some old fencing walls collapsed as a result of the heavy rain.

GAM confirmed that they are following up on all complaints received at the main emergency room in various areas of the capital.