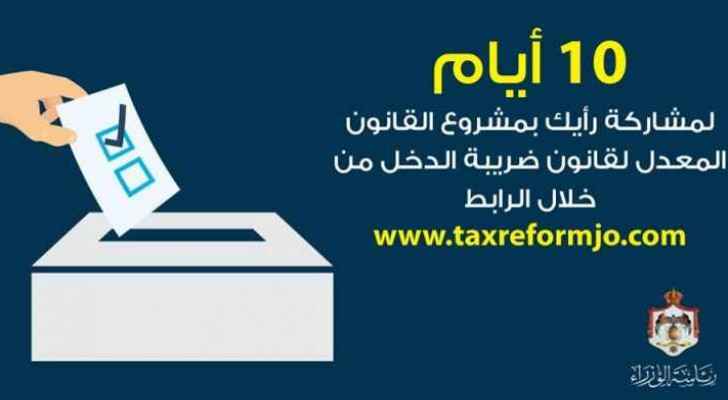 An amendment to the 2018 Income Tax Bill (ITB) was published online by the government earlier today, September 11, 2018.

The Legislation and Opinion Bureau’s (LOB) website, which contains all Jordanian legislations since the establishment of the Kingdom in 1921 as well as all the laws and their sequenced amendments, will be publically listing the details of the new ITB, for ten days; starting today until September 21, 2018.

LOB's also allows interaction in submitting suggestions and comments form both experts and the public. The government announced that anyone can view the bill and those affected by the amendments are encouraged to leave their comments on www.taxreformjo.com for the Cabinet to take into consideration prior to referring the Bill to the Lower House of Parliament in accordance with the constitution.

In June 2018, the prior-to-amendment-ITB has caused a six-day protest in Amman and other cities all around the Kingdom. The protests were considered as the main reason behind the resignation of former Prime Minister, Hani Mulki, and his Cabinet.