Employers impacted by shutdown allowed to slash May, June payroll by 30%

Employers impacted by shutdown allowed to slash May, June payroll by 30% 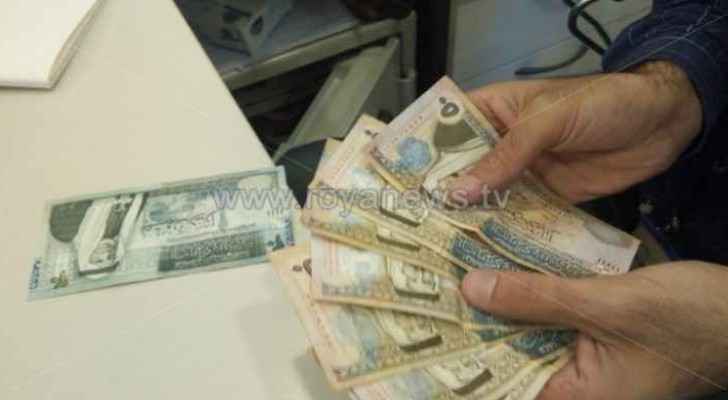 Employers in the sectors most affected by the COVID-19 crisis and the ensuing shutdown in the Kingdom are now allowed to seek an amicable agreement with their employees to cut May and June salaries by 30 percent.

According to new instructions issued by the Prime Minister pursuant to Defence Order No. (6) for 2020, "the move is part of an ongoing review of current developments and takes into account the conditions of employers in sectors most affected by the economic fallout of the COVID-19 pandemic."

It also seeks to "provide protection for the Jordanian manpower in particular", according to the statement issued by the government on Sunday.

Under the new rules, foreign laborers will be subject to the Labor Law rather than the Defense Order or the communiques issued thereunder.

The new instructions entail that the employee may not be coerced or pressured to agree to the salary reduction agreement and in all cases, the reduction should not push the employee wage beyond the statuary minimum pay.

The proposed 30-percent reduction targets those who work from the respective workplaces and telecommuters. Furthermore, the reduction of salaries, if any, must start with the payroll of the employer’s senior management team.

With regard to the identification of sectors and business as most impacted by the crisis, the communique indicates that both the ministers of labor and industry and commerce will be responsible for identifying these sectors and forward a list of them to the Prime Minister who has the final say on the issue.

Concerning the pay of furloughed workers who are not assigned any work, the new guidelines allow employers to cut their salaries by no more than 50 percent, provided that the reduction must not lead to the employee receiving a pay below the minimum wage.

As for businesses most impacted by the crisis and where employees are furloughed, the instructions allow employers to cut salaries by 60 percent, provided that the worker’s salary after the reduction should slide to below JD150. In this case, the Ministry of Labor approval of the salary cut is not required.

The guidelines also permit employers to task workers, who are not required to report to the workplace or telecommute, with assignments (to be handled remotely) for a maximum of four hours a day and the worker may not be eligible to receive overtime pay for this work.

Moreover, employers may now deduct 50 percent of the leave balance of an employee who has been furloughed for 30 consecutive days or otherwise during the period starting from the introduction of the Defense Law and until the issuance of this communique.

Under the instructions, it is in the discretion of the Minister of Labor to reduce a bank bond that domestic workers (non-Jordanian) recruitment agencies usually provide by no more than 50 percent from the date of issuing these instructions to the end of the Defense Law. The move is aimed at helping these agencies pay the salaries of domestic helpers, provided that the reduction in the bank bond must be reinstated six months after the Defense Law ceases to be in effect.

With regard to the employment relationship, the instructions entail that fixed-term contracts, which end during the period from April 30th and until the Defense Law is suspended, must be renewed. This is limited to Jordanian workers only.

In this context, employers are now required to cancel any previous decision in case it violates the forgoing paragraph and remedy the status of the employee (for Jordanians only) and consider the contract automatically renewed until the Defense Law is suspended unless agreed otherwise between the employer and employee to extend the contract for a period beyond the Defense Law term.

However, the applicability of the foregoing is conditioned by the fact that employee contract should have been renewed three times or more from the date referred to hereinabove and that the employee is Jordanian.

The instructions allow for the dismissal for employees according to Article (28) of the Labor Law. However, dismissed workers (Jordanians only) may contest their termination with their Ministry of Labor if they believe their end of service was unlawful and arbitrary. If the worker’s compliant is established as true, the Ministry of Labor must oblige the employer to reinstate the dismissed worker and pay his/her entitlements in full. Should employers fail to do so, they will be subject to the penalties stated in the Defense Order. Again, this is limited to Jordanian workers only while other disputes related to foreign workers will be governed by the Labor Law.

Next week, new guidelines will be issued to provide temporary protection to businesses that will not be able to pay salaries after June 1st. They will also offer "qualitative incentives" to businesses that remain committed to paying their employees in full.

SSC: Ministries, universities, municipalities to include ....