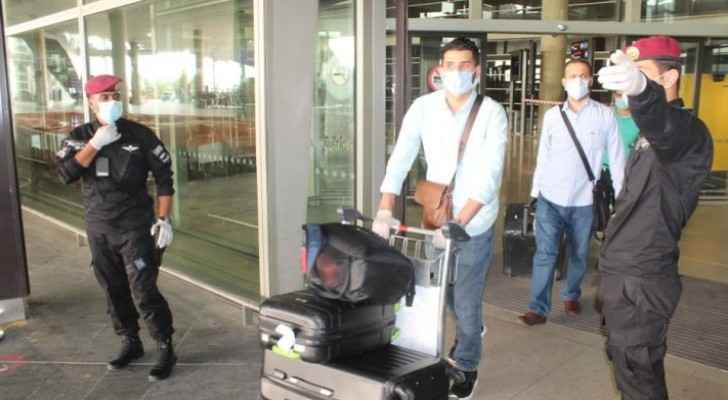 Speaking on the student repatriation operation, the QAIA's Security and Protection Director, Brigadier General Khaled Shanteer, said on Sunday, May 17, "The Armed Forces and the security and government agencies are still continuing to implement the evacuation plan for repatriating returnees to QAIA."

Shanteer said the total number of flights that have arrived until Sunday evening is 15 and the number of returning passengers onboard hit 3, 037.

He added that "three flights are scheduled to arrive on Sunday night and Monday dawn."

As part of their precautionary efforts, teams of chemical support of the Royal Engineering Corps have also disinfected and sterilized the QAIA facilities after repatriation flights.

These precautionary measures are part of the preventive measures implemented by JAF, the government, the security agencies, and various state institutions to prevent the spread of coronavirus.