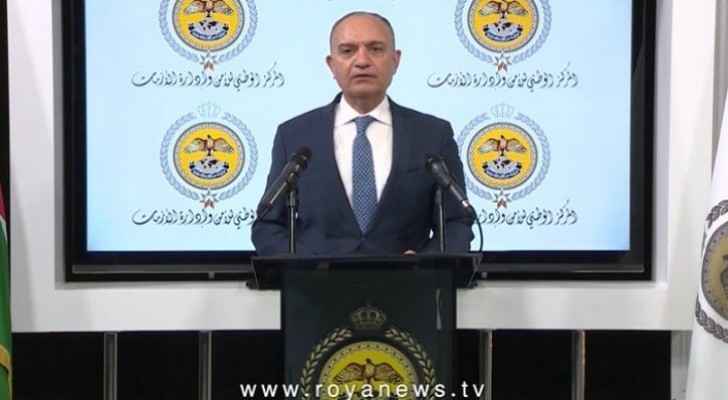 The Prime Ministry has published guidance for the public sector employees who are scheduled to resume work on Tuesday, May 26, and circulated it to all ministries, institutions, and government departments, the Minister of State for Media Affairs, Amjad Adaileh, announced today.

During a press briefing at the National Center for Security and Crisis Management, Adaileh stressed that Jordan is the first country to join SIGMA program (Support for Improvement in Governance and Management), as it has developed a guide for the return of the public sector work, after nearly two and a half months of partial disruption due to the repercussions of the corona pandemic.

Among the most prominent instructions included in the guide are:

-Reducing the exchange of currencies and banknotes, replacing them with e-payment methods and activating e-wallets.

The Minister pointed out that some employees will be excluded from coming to workplaces, such as employees who have various diseases or suffer from a lack of immunity, pregnant and lactating women, employees who live in places where the virus has spread or who were in contact with people who have previously been infected with the virus, in addition to those who have special circumstances which prevent them from going to their workplaces, such as women who have children at home or those who don't have a mean of transportation, where they will be working from home.

"Work hours will be very flexible, especially for employees who are at great risk of infection, as well as employees who need to stay at home for other reasons, such as taking care of family members," Adaileh confirmed.

He called on citizens working in the public sector to view the details of the guide published on the Prime Ministry website.

Regarding the curfew restrictions during the Eid Al-Fitr holiday, Adaileh stressed that the commercial sectors are included in the total lockdown on the first day of Eid.

The government spokesman affirmed that the Ministry of Foreign Affairs and Expatriates will reopen the online platform (http://safelyhome.gov.jo) for those who have not been able to register before to return to the Kingdom.

Work hours for public sector will be ....