Government: Use of vehicles banned on first day of Eid, movement hours extended until 7 pm 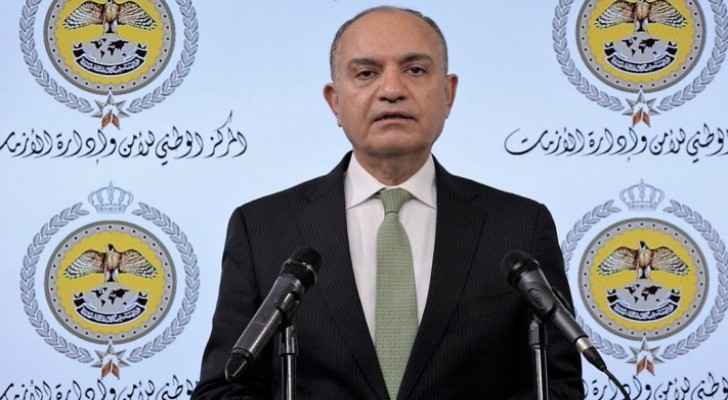 The government has banned the use of vehicles on the first day of Eid Al-Fitr, as people can only move on foot, the Minister of State for Media Affairs, Amjad Adaileh, said today during a press briefing at the National Center for Security and Crisis Management.

The Minister confirmed that the medical and nursing staff, epidemiological inspection teams, and a limited number of workers in some vital sectors are excluded from the curfew decision during the first day of Eid.

However, people can use their vehicles during the second and the third days of Eid, Adaileh stated, explaining that residents of Amman, Zarqa and Balqa have to commit to the even-odd license plate policy and the policies set before for the use of vehicles.

He added that only permit holders can move between the governorates.

"The Eid Al-Fitr holiday will be from Saturday morning, May 23 to Monday evening, May 25," Adaileh mentioned.

Starting from tomorrow, citizens will be allowed to move using their vehicles or on foot from 8 am to 7 pm, the Minister said, reaffirming that a comprehensive curfew will be imposed in the Kingdom every Friday until further notice.

"The even-odd policy will not be applicable to the public transport sector as of tomorrow, including buses, taxis and vehicles operating through the ride-hailing applications," Adaileh stated.

"The public sector will resume work as of Tuesday, May 26, the government spokesman mentioned, confirming that salaries of public sector employees will be disbursed next week so that workers can buy their needs for Eid Al-Fitr.