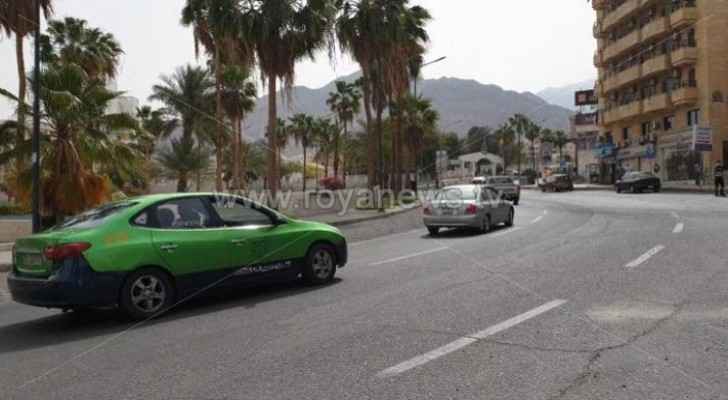 Today, life has returned to normal in Jordan's Aqaba city after the government took the decision to reopen all industrial and commercial sectors in the city.

As soon as it was 10 am, vehicles and people were seen moving in Aqaba streets, with shops and restaurants were all open.

Merchants expressed their happiness with this decision, which gave them an opportunity to make up for their loss and pay dues to employees and workers, expecting an active trade in conjunction with the holy month of Ramadan.

The Aqaba Special Economic Zone Authority (ASEZA) Chief Commissioner Nayef Bakhit had earlier stressed that choosing Aqaba to be the first Jordanian city in which lockdown procedures are eased, opening all commercial, artisan and economic sectors and returning life to normal in the city came because no coronavirus cases were reported in the governorate and a result of the procedures that were applied there and citizens' commitment.

He added that 40 teams were formed to ensure that these procedures are applied in accordance with the established controls, strict measures are applied at the entrances to the city of Aqaba, the availability of sterilization devices, health supervision and tests to ensure the city remains free of the virus.

Also read: Aqaba: First city in Jordan where life will return to normal since the beginning of corona crisis

AND thwarts attempt to smuggle 1.5 kilograms of crystal ....