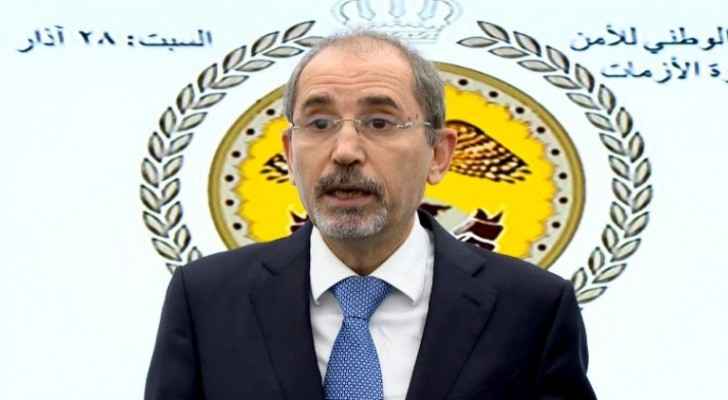 The Minister of Foreign Affairs and Expatriates, Ayman Safadi, has announced today a plan for the return of Jordanian students studying abroad, based on a fair mechanism that takes priorities into account.

During a press briefing at the National Center for Security and Crisis Management, Safadi called on Jordanians abroad to stay where they are, saying: "Our advice to Jordanians abroad is to stay in their places for their own safety, but whoever wants to return, we have set a plan for that."

Safadi stated that an electronic platform "Safelyhome.gov.jo" will be allocated for students abroad to submit applications for their return.

"The priority will be given to female students, graduates, freshmen, school students and people who were in a short visit abroad," Safadi stressed.

He noted that students will first submit their applications, after which the applications will be sorted out. Codes will be later sent to students to book their flights.

The Minister confirmed that those who will return from abroad will be quarantined at hotels in the Dead Sea and other places that will be announced later, stressing that their stay will be at each one's expense.

"As for those who are unable to stay at the hotels, the government will incur all the expenses," Safadi said.

Also read: Active coronavirus cases in Jordan down to 135