Labor Minister: People can go to banks or exchange companies only on foot

Labor Minister: People can go to banks or exchange companies only on foot 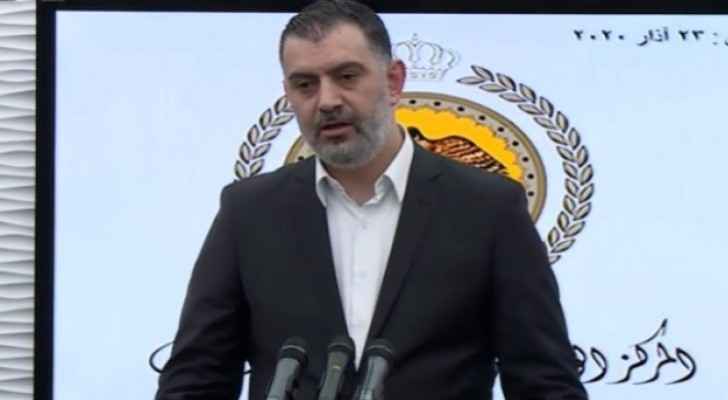 The Minister of Labor, Nidal Bataineh has confirmed today that people will be allowed to go to banks or exchange companies only on foot.

During a press briefing at the National Center for Security and Crisis Management, Bataineh stated that the e-wallet developed by the Central Bank of Jordan (CBJ) is a safe way that people don't have to leave their homes or use cash.

He said that "employees of some facilities and employers will be granted temporary electronic permits that would allow them to reach their work while ensuring that the employers do not leave at the same time."

He added that employers will be allowed to reach their offices to prepare the payroll for the private sector through a certain mechanism.

Bataineh stressed that "the Ministry is working to serve employers and workers, but in the current circumstance, the worker is a weak link, in light of the limited flow of funds. There are plans to support the committed private sector that shows the state's strength in solidarity."

"There are complaints that show practices that are still limited, as employers have arbitrarily fired workers, and there are those who forced their employees to sign illegal pledges. We will protect the worker and prevent these practices," Bataineh confirmed.

He pointed out that there are plans to protect the private sector, but "we hope that the worker will also be protected."

Read more: Government: Electronic permits to be issued before the end of this week

CBJ: Banks, exchange companies to open as of tomorrow

Source: So far, no decision taken to postpone bank loan ....

For the second time, expatriate workers in Jordan allowed ....

For the second time, expatriate workers ....