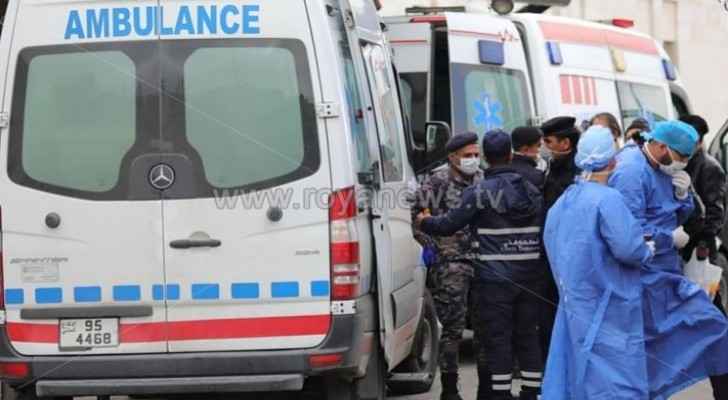 The coronavirus caseload in Jordan has reached 112, with 15 new cases recorded today, the Minister of Health, Saad Jaber announced during a press briefing this evening.

In a press briefing at the National Center for Security and Crisis Management (NCSCM), Jaber said that among the newly reported cases: five in the Prince Hamza Hospital, four of whom have been in quarantine; two of them had come from the U.S. and a 4-year-old boy who is the son of one of the patients was suspected of having the disease since his mother had tested positive for the virus upon arriving in the Kingdom. The last case has been in quarantine and had contracted the disease from one of the patients.

Also, a secretary at Prince Hamzah Hospital had tested positive for the virus, Jaber said, stressing that medical teams immediately conducted an examination of all staff in the hospital.

"Thank God no one tested positive, even the director of the hospital, hence, we believe that that patient had contracted the disease from outside the hospital. We will conduct periodic tests for the staff and the situation is reassuring," the Minister explained.

Jaber said, there are two cases that had come from Iraq and were among the people who were quarantined on Monday.

Also, a 20-year-old woman from the UK tested positive for the virus, in addition to a case from Amsterdam.

Among the infected are five people who had direct contact with people infected after they attended a wedding in Irbid, as well as a case that made physical contact with a nurse who has the virus.

The Minister called on Jordanians not to gather in the hospitals emergency rooms, as this contributes to the transmission of infection if there were any cases.

The 127 coronavirus cases are 103 from Jordan, six from France, seven from Iraq, three from the United Kingdom, three from Lebanon, two from the Philippines, one from Palestine, one from Argentina and one from Uganda.