How coronavirus outbreak is affecting travel from and to Jordan? 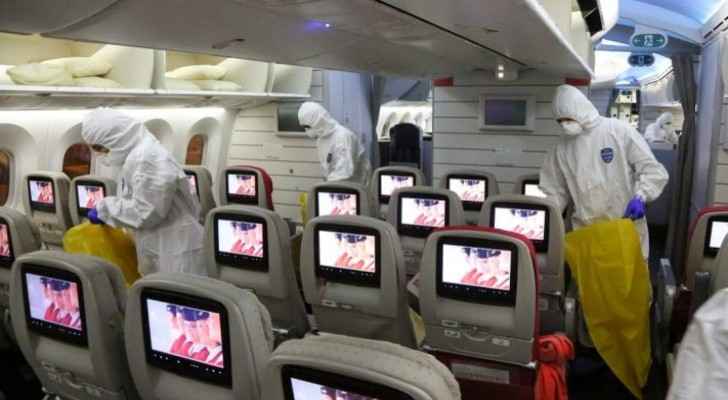 Chairman of the Board of Commissioners at the Civil Aviation Regulatory Commission (CARC), Haitham Mesto said that traveling by plane has become one of the most dangerous and fastest means of the transmission of the deadly coronavirus.

The spread of the novel virus has travelers around the world on edge and affected civil aviation and flight time.

With regard to Bahrain, which has many corona cases, no local airline is allowing direct flights from Amman to Manamah, Mesto exclusively stated to Roya.

"The Gulf Air used to making two daily trips from Manamah to Amman, one in the morning and another in the evening, but decided to cancel the evening trip due to the low number of travelers due to the virus.

The company may also cancel the morning flights if the number of travelers further decreases.

Mesto said that CARC contacted the Gulf Air to secure the return of Jordanians via transit flights (Manamah, Cairo, Amman).

"Based on international laws and regulations related to aviation, those who booked flights that were later canceled have the right to be offered an alternative trip," Mesto confirmed.

So far, no corona cases were registered in the Kingdom. However, the Health Ministry confirmed that it will report any infection once confirmed.

Airports in Jordan to open next week, government says

Airports in Jordan to open next week, government ....

Airports in Jordan to open next week, ....

Airports in Jordan to open next week, ....