Roya interviews brother of Yazeed Riyalat, whose Kanafa hut was demolished by GAM

Saad Riyalat, brother of Yazeed Riyalat, owner of the hut 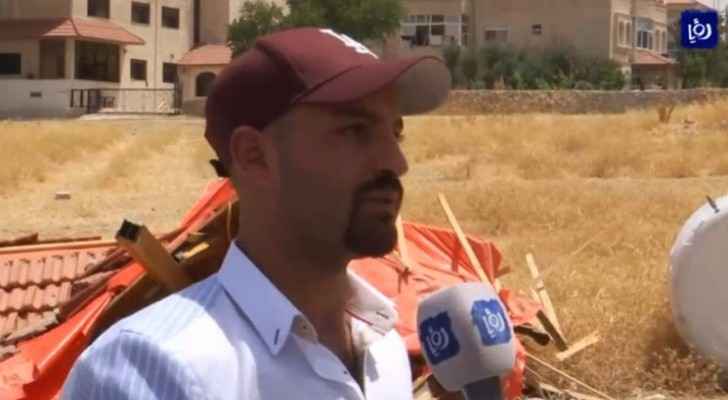 After cadres of the Greater Amman Municipality (GAM) shattered the young man, Yazeed Riyalat's dream by demolishing the hut that he had built in Abdoun to sell Kanafa on firewood to make a living, Roya has conducted an interview with Yazeed's brother to receive more details on the matter.

Yazeed's brother, Saad Riyalat, revealed that his brother had applied for a business licence, but GAM refused to issue the licence, explaining that the area where Yazeed wanted to place the hut is a non-commercial zone.

For its part, GAM confirmed that this is considered a violation and violations are usually handled in accordance with regulations and laws.

GAM further explained that in addition to the fact that the hut was unlicensed, the hut does not comply with public health and safety conditions.

According to documents released by GAM supervisory authorities, the removal decision has passed through legal stages since September 2018 and was not an immediate or sudden decision.

The documents indicated that on September 30, 2019, Yazeed received a violation following an inspection tour and complaints made by the neighbors in the area. On April 24, 2019, Yazeed got a warning to remove the hut.

However, On June 12, 2019, the Health and Occupational Control Department, Department of Construction Supervision, Zahran District Department and members of the security center in the area had all inspected the hut, where it was found that it violates the public health and safety conditions.

On July 2, 2019, GAM informed Yazeed that the hut will be demolished, as he did not close it despite all the recorded violations and warnings against him, which called on GAM to remove it according to laws and regulations.