The hut before and after demolishing 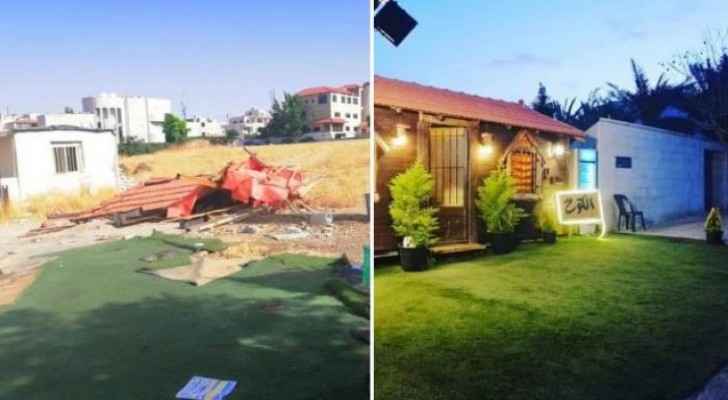 The Greater Amman Municipality's (GAM) removal of a young Jordanian man's private business has shattered his dreams, after striving to provide himself with good living conditions, according to activists on social media.

On Twitter, activists, who were discontent with this conduct, published pictures of the man's own business before it was demolished by GAM.

"GAM has shattered the dream of Yazeed Riyalat, who has always dreamed of having his own business; a small hut to make Kanafa on firewood," said an activist.

GAM replied to the tweet, "Violations are handled in accordance with regulations and laws".

"Supporting the youth is not by violating the law, rather by empowering them with entrepreneurial projects and businesses that provide employment opportunities, such as food trucks, and not encouraging them to violate the law, but to respect it; otherwise, the city will become chaotic in the name of securing jobs," GAM further clarified.