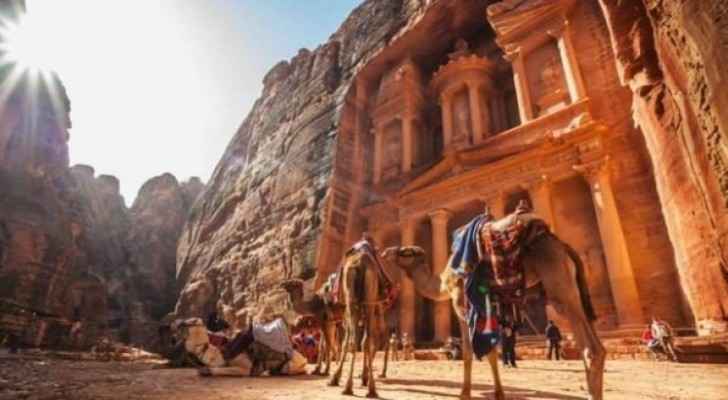 In May 2019, the number of visitors to the ancient city of Petra has increased by 33% compared to May 2018, while the number of tourists who visited Petra since the beginning of 2019 reached about 465,000 visitors, Chairman of the Board of Commissioners of the Petra Development and Tourism Region Authority (PDTRA), Suleiman Farajat said in a press statement on Sunday, June 2, 2019.

Farajat stated that last month, about 87,622 tourists of various foreign nationalities have visited Petra, while the number of Jordanian and Arab visitors reached about 5,759 tourists.

However, about 585 school students have visited the city in May 2019, which indicates that the total number of visitors to Petra is higher when compared to the same period last year.

Farajat stressed that Petra has witnessed an active tourism industry since the beginning of 2019 and a rise in the number of visitors during the first third of 2019 by 47%, compared to the same period last year, with an increase of 108,821 visitors.

Farajat added that the active tourism industry calls for the development of investment projects which aim at prolonging the duration of the tourist's accommodation, overcoming the obstacles facing investment in Petra district and upgrading the infrastructure to serve the city's visitors and members of the local community.

Farajat also pointed out that the relevant bodies work on preserving Petra as a world heritage site and seek to upgrade the level of services, reduce irregularities in the tourism sector and distribute economic gains in cooperation with all partners.

Also read: Petra records highest number of visitors in its history in April 2019