New Zealand police in the scene of the incident. 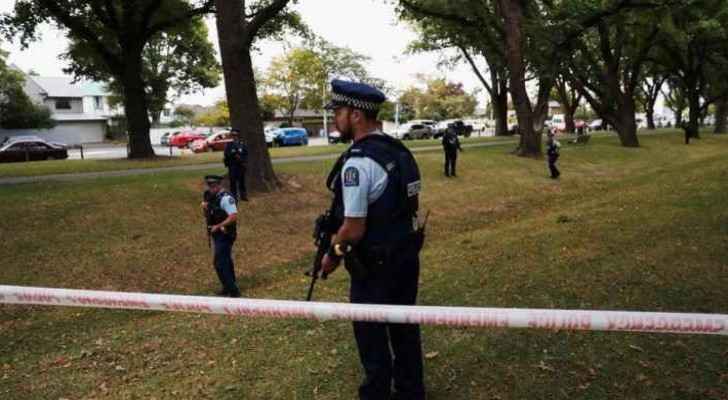 Details of the heinous crime committed by the Australian-born Brenton Tarrant on Friday, March 15, 2019, continue to unfold day after day with statements submitted to the responsible authorities and media by witnesses, the last of which was submitted by a survivor called Nasim Khan.

Khan released that he has seen a man resembling the murderer outside the mosque a week before the shooting, according to the New Zealand Herald daily newspaper.

"I saw him before one week walking on the footpath outside the Al Noor mosque," Nasim Khan told the Herald.

Khan added that the suspect was dressed like a construction worker and looked at him. Khan's sister, Nasreen Khanam, also saw a man resembling the murderer gunman in the vicinity of the mosque on Linwood Ave about a week ago.

She said that the man looked at her; however, she forced herself to get out of her car and head into the nearby McDonald's to take her daughter, who was working there.

"He looked at me and I felt really uncomfortable, so I quickly went into my car. [But if] mommy feels unsafe, how my daughter will feel?" Khanam said.

"So I got my daughter and then went out of there."

Khan, who moved to New Zealand from Bangladesh in 1995, was in the mosque when the shooting started on Friday, but was luckily sitting in a corner room by an exit.

He left the mosque thinking that there was an electrical short circuit.

However, when he realised that it was gun shooting, he hid in the car park. When he finally went back inside, he was confronted with a scene that has since given him nightmares.

Khan said that everyone was screaming and a lot of worshipers, under the dead bodies, were still alive.

"I moved the dead bodies from the live people," Khan said, adding that everyone was asking for water, so he brought water to all of them.

Khan then saw a friend of him called Farid Ahmed, who was in a wheelchair.

Khan said that he waited with Ahmed until police arrived and helped take them out of the mosque.

Khan has struggled to sleep since Friday, saying that he keeps hearing people's screams.

A spokesperson for New Zealand police said, "We encourage anyone who know any piece of information which may be relevant to the horrific events of Friday to contact the police. It is very important that we have all available information to assist the investigation team. If you are not sure if your information is relevant then please tell police anyway and let us make that assessment."