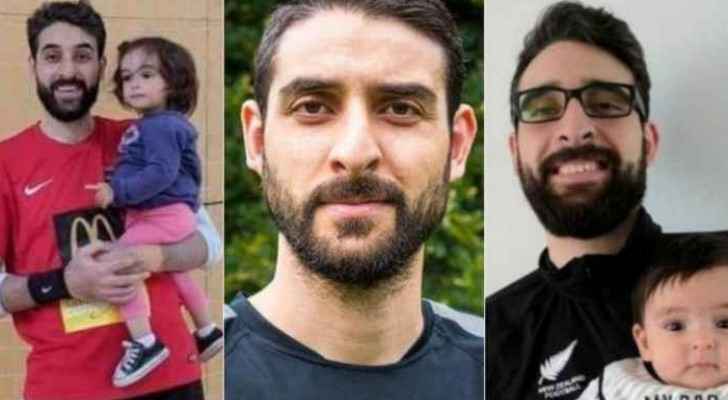 Families of the Jordanian martyrs, who died in the terrorist attack in New Zealand on Friday, March 15, 2019, would like to hold a mass funeral of three of the martyrs after the New Zealand authorities handed over the bodies, which is expected to take place on Tuesday, March 19, 2019, according to the Jordanian Ministry of Foreign and Expatriates Affairs.

The work team, headed to New Zealand, is also monitoring the health condition of a Jordanian woman who suffered a nervous breakdown after her husband, who holds an Arab nationality, passed away in the incident, according to a statement issued by the Ministry.

Spokesman for the Ministry, Sufian al-Qudah confirmed that the team carried out special procedures in cooperation with the New Zealand Embassy in Ankara to facilitate issuing 12 visas to New Zealand for members of the families of martyrs and injured citizens who informed the Ministry of their desire to travel to New Zealand to be there next to their relatives.

Victims' family members have received their visas, yet there are two visas that have not been issued yet.

The Ministry has also informed the victims' families that the bodies will be transferred to Jordan at the expense of the Jordanian government; however, martyrs' families expressed their desire to bury the bodies in New Zealand with their appreciation for the government's decision.

The work team also met with a group of Jordanians living in New Zealand in order to identify their needs and demands.