Photo of Nasib Border Crossing between Jordan and Syria 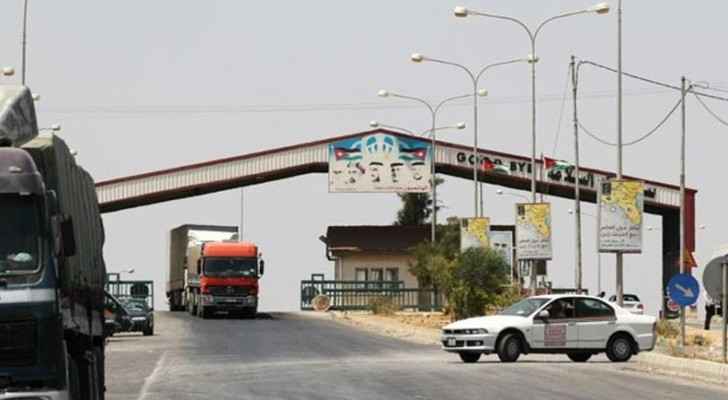 The Syrian Minister of Transport, Ali Hammoud, announced the reopening of the Nasib Border Crossing between Syria and Jordan on Saturday, September 29, 2018.

Hammoud said that traffic began this morning to mark the opening of the border crossing, as truck traffic and transit through the Syrian-Jordanian border has already begun.

Few hours after Hammoud's announcement, Jordanian Minister of State for Media Affairs, Government Spokesperson, Jumana Ghunaimat, announced that the Nasib Border Crossing is still closed and has not yet opened for the movement of cargo or passengers.

Sources at the Syrian Ministry of Transport said that the Ministry has completed all necessary procedures for reopening the border crossing. He added that the preparations included a number of decisions governing the operation of the crossing, and the re-energizing movement of goods and cargo, and the transit of citizens in coordination with other ministries and concerned parties.

The reopening of the border crossing may be an additional and very important step in light of the improved security and humanitarian situation in Syria. Hundreds of thousands of Syrian refugees are expected to return home from the Zaatari Refugee Camp in Jordan.

The reopening of the border crossing was also eagerly awaited by farmers, owners of trade and shipping companies, passenger transportation, and transportation of goods between Lebanon, Syria, Jordan, Iraq and the Gulf.

Nasib Border Crossing opening hopefully comes as a result to a war that is about to end; as Syria awaits a political solution to be announced.