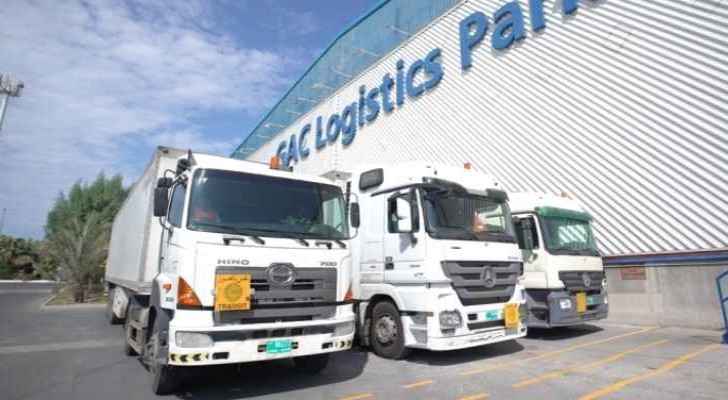 A convoy of three Emirati trucks loaded with goods entered Syria through Jordan via the Jaber-Nasib border crossing for the first time in many years.

UAE’s marine ports, the DP World, announced its support in the construction of a 2500 km supply corridor from Jabal Ali mountain in UAE to the Jaber-Nasib crossing on the Jordanian-Syrian borders.

The Jaber-Nasib border crossing has always been one of the busiest checkpoints on the international road between Damascus and Amman, and is also the main crossing point for Syrian exports to Jordan and the Gulf states.

The trucks' journey took six days, which is a quarter of the 24-day journey taken at the height of the Syrian conflict that closed the borders. Upon returning to Dubai, the trucks were loaded with fruit and vegetables.

It is worth mentioning that 350 commercial trucks used to enter Syria through the Jaber-Nasib border crossing before the Syrian crisis.