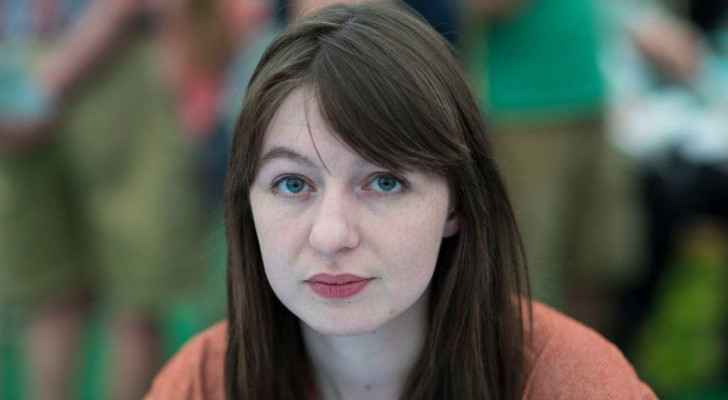 Best-selling Irish author Sally Rooney said in a Tuesday statement that she will not be selling her latest book’s Hebrew translation rights to any Israeli Occupation publishing house.

full statement from Sally Rooney on choosing to boycott an Israeli publishing house, via her agent: pic.twitter.com/q3CMAG4NKT

Or, as she mentioned later in the statement, she will be not be selling the rights to an Israeli Occupation publisher that does “not publicly distance itself from apartheid and support the UN-stipulated rights of the Palestinian people.”

The specific translation offer she rejected came from Modan, one of the biggest publishing houses in the Israeli Occupation.

She cited the Boycott Divestment Sanction (BDS) movement, and human rights reports that detail the Israeli Occupation’s system of apartheid against Palestinians as the reason behind her decision.

Contrary to popular media reports that her decision prevents the translation of the book into Hebrew, Rooney ended her statement by saying that the translation rights to her book are still on the table for any publishing house that “is compliant with the BDS movement’s institutional boycott guidelines.”

She described the BDS movement as an “anti-racist and grassroots campaign calling for an economic and cultural boycott of complicit Israeli companies and institutions in response to the apartheid system and other grave human rights violations.”

Social media users had fiery reactions to the news, both in support and against Rooney, whose first two books were published in Hebrew.

Many tweets clarified Rooney’s position: she was not refusing to sell the translation rights in Hebrew, but rather refusing to work with an Israeli Occupation publishing company that normalizes the occupation.

“Sally Rooney refused to publish her work with Modan, a company which publishes for the Israeli Defense Ministry, an institution responsible for killing an average of 106 Palestinian children per year for the last 2 decades,” said one Twitter user.

“She supports BDS like millions of others. Get over it.”

Another user tweeted, “Can[‘t] wait to read her book while eating a tub of Ben and Jerry’s.. Gerrup the Irish,” referencing the ice cream company’s recent decision to stop producing in the Israeli Occupation, and Ireland’s longtime solidarity with the Palestinian people.

full statement from Sally Rooney on choosing to boycott an Israeli publishing house, via her agent: pic.twitter.com/q3CMAG4NKT

Others were angered by the decision, writing that it will undoubtedly impact the ability of Hebrew speakers who do not support Israeli Occupation apartheid to read the book.

Rooney, 30, is the author of Conversations with Friends; Normal People; and Beautiful World, Where are You. Both of the two former books were made into television series.

“I would like to express once again my solidarity with the Palestinian people in their struggle for freedom, justice and equality,” the statement concluded.