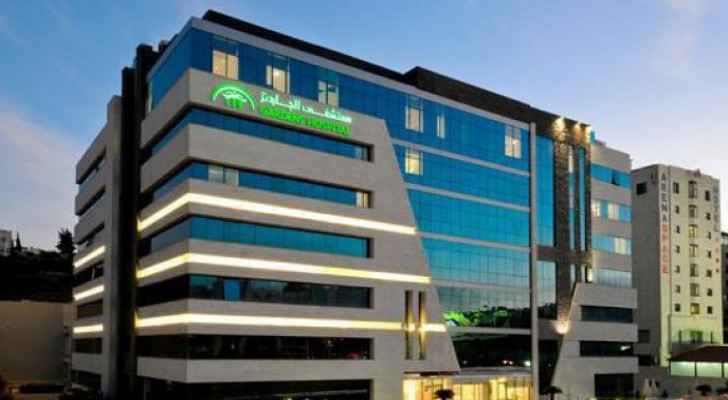 Saturday, eyewitnesses told Roya that the vicinity of the Gardens Hospital designated for COVID-19 patients witnessed overcrowding due to patients' families gathering.

The reason? They said that their relatives receiving treatment in intensive care rooms and respirators died as a result of power outages.

The witnesses added that the security services cordoned off the perimeter of the Gardens Hospital, which the government rented and allocated to patients infected with the coronavirus, after news of deaths inside the hospital following the cuts.

The Health Minister, Feras Al-Hawari and the Minister of Interior Mazen Al-Faraya reported to the hospital.

The Director of the National Center for Forensic Medicine, Hassan Al-Hawari, said that the center was informed of the deaths following the power outage, noting the public prosecutor also reported to the scene to take the applicable measures in these cases.

Hassan Al-Hawari said the two deaths involved a man and a woman.

Forensic medicine teams also went to the hospital, to conduct autopsies to submit a report on the causes of death.

In an audio recording Roya obtained from the hospital director, Fayez Abu Humaidan, said that one of the deceased patients occurred at 10 pm, which led to some problems in the hospital, and the death was not in the intensive care unit.

Abu Humaidan said that the electricity in the hospital usually does not go out, and in the event of an electrical outage, the backup generators operate, noting the lighting units in the intensive care unit were exposed to an electrical malfunction that lasted five minutes.

However, he stressed that the medical devices were never affected.

On the other hand, eyewitnesses from the vicinity of the hospital said that the power outage at Gardens Hospital lasted for over 20 minutes.

The Minister of State for Media Affairs, and the official spokesman for the government, Sakher Dudin, stated that the relevant government agencies, as soon as they received news of a power outage in the Gardens Hospital, moved immediately to find out the facts of this incident, its causes and the damages resulting from it.

What do we know so far about the deaths?

He added that the Gardens Hospital has an electric slide system, so in the event of electricity cuts in one department, the generators operate and do not cut off power for the entire hospital.

Sarahna stressed there are no issues with the oxygen system.

The Amman Public Prosecutor ordered the transfer of the bodies to the National Center for Forensic Medicine at Al-Bashir Hospitals for autopsies to determine the cause of death.

The Minister of Health, Feras Al-Hawari, confirmed that the first death was recorded 20 minutes before the power outage in the hospital, and the second after an hour and a half, noting that there were 60 cases in the hospital, all of whom are in stable condition. Meanwhile, Abu Humaidan said there are 61 patients in the intensive care, describing their health condition as generally critical

Hawari pointed out that the two deaths were in critical condition.

Abu Humaidan also confirmed that the death that was recorded after the electricity cut was not due to any oxygen outage or a defect in the medical equipment, pointing out that the health condition of the deceased woman was critical beforehand.

He said her family was informed of this.