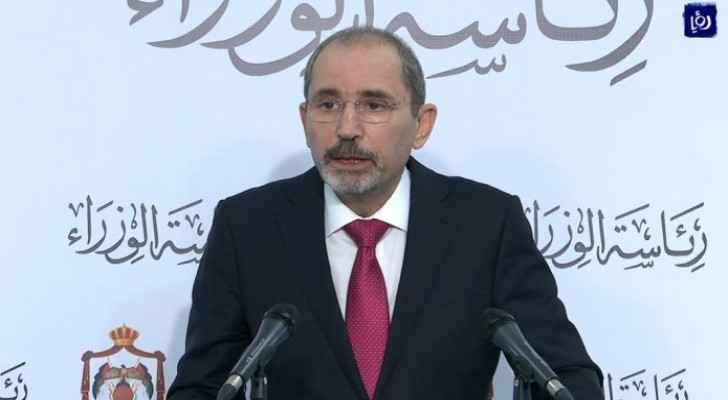 Sunday, the Jordanian Minister of Foreign Affairs and Expatriates Ayman al-Safadi said that the activities and movements of Prince Hamzah Bin al-Hussein, Al-Sharif Hassan Bin Zaid, Basem Ibrahim Awadallah and other persons targeted the security and stability of Jordan.

Safadi added that the investigation revealed that phone calls made by some of the accused discussed the most appropriate time to start steps to destabilize the security of Jordan. Some of these calls were made to foreign parties.

“In light of these investigations, the security services raised a recommendation to His Majesty King Abdullah II, may God protect him, to refer these activities and those in charge of them to State Security Court to conduct the legal requirements after the initial investigations showed that these activities and movements have reached a stage that directly affects the security and stability of homeland,” Safadi added.

He noted that investigation efforts will continue, “but in the end, Jordan’s security and stability take precedence over every consideration.”

Safadi said the King decided to talk directly with Prince Hamzah to deal with the issue within the family, and to discourage him for these activities, “that target and exploit the security of Jordan and Jordanians and constitute a departure from the traditions and values of the Hashemite family.”

Initial investigations have proven the existence of communication between people from the circle surrounding Prince Hamzah, said Safadi, adding that these people are passing allegations and messages to bodies abroad, including the so-called foreign opposition to use them to incite against homeland security and distort facts.

He said that the Chairman of the Joint Chiefs of Staff, Major General Yousef Al-Huneiti met with Prince Hamzah Saturday at noon to convey this message to him and requested he stop all movements and activities targeting Jordan and its security.

However, “His Highness did not respond and dealt with this request with a passivity that did not pay attention to the interests of the country and its people, ” Safadi stressed.

Safadi continued stating that these investigations found links between Basem Awadallah and external parties planning for activities which aim to cause instability, noting that they coincided with the intensive activities of Prince Hamzah recently to communicate with community figures with the aim of encouraging them to move towards activities that would undermine national security.

He added that the Prince, upon communicating with Huneiti, recorded an audio clip and sent it to Basem Awadallah. In fear, Awadallah booked a ticket to leave the Kingdom.

Safadi said that the Prince recorded two videos in English and Arabic, in another attempt to distort facts and gain foreign sympathy, “in a way that reflects his intentions and the reality of the activities he has been carrying out for some time.”

Notably, security services found a person with links to foreign security services who communicated with the wife of Prince Hamzah at exactly 3:55pm Saturday. The individual offered his services at her disposal while offering her a plane immediately to get out of Jordan, Safadi said.

Investigations are still ongoing, said Safadi, stressing that everything is under control.

General Command of the Jordanian Armed ....