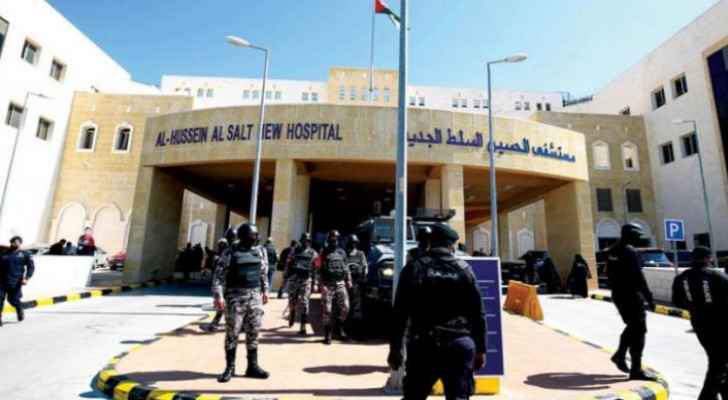 Sunday, the Amman Court held its first public session for the Al-Hussein New Salt Hospital case wherein an oxygen shortage in the hospital's intensive care department resulted in the death of seven.

A total of 13 officials from the hospital and Ministry of Health are being tried.

The 13 defendants denied all charges. Notably, only 11 suspects were present in court due to COVID-19 infections, including the hospital's director and the RN.

Earlier in the week, the Judicial Council announced the approval by the Court of Cassation on the request of the Chief Public Prosecutor to transfer the criminal case related to the deaths of the Al-Hussein New Salt Hospital to the Amman Court from the Salt Criminal Court.

The Judicial Council said in statements that the transfer was permitted in order to ensure justice for all who were affected by the hospital incident, indicating as per Jordanian law, that the Court of Cassation, upon request of the Chief Public Prosecutor, can transfer cases from court to court. In turn, the Amman Court set the date for the first public hearing on Sunday.

The prosecution listened to 66 witness testimonies, and brought forward nine sets of experts to provide technical expertise on the period of oxygen interruption in artificial respirators at the hospital and issues with the gas system, in addition to health experts for chest disease; experts for hospital monitoring systems (BMS); and autopsy experts.

Judge Odai Fraihat scheduled sessions every Sunday and Wednesday of each week to hear the case.