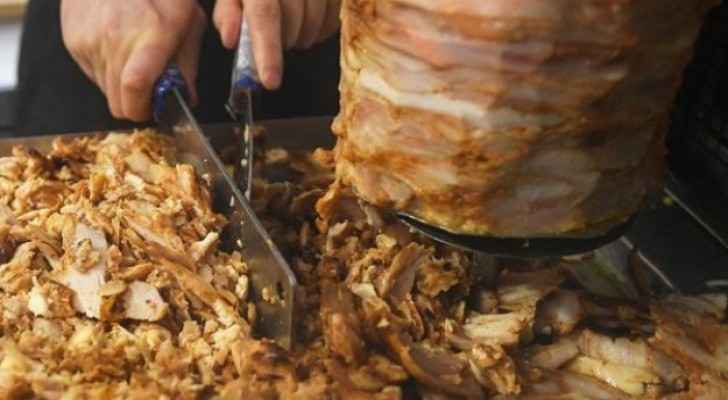 The meat distributor accused of supplying rotten chicken turned himself in at Ain al-Basha police station on Sunday.

Seven people were arrested in relation to the second mass food poisoning incident in Ain al-Basha.

The owner of the restaurant and six of his employees were charged with four offences — causing harm, handling food in unsuitable conditions that made it harmful to human health, handling food that is not safe for human consumption and practicing a craft that causes harm.

The seven individuals will be detained for one week at Al-Balqa Reform and Rehabilitation Center.

Sixty seven people have been affected by the incident so far.

Jordan Food and Drug Administration (JFDA) strengthened its nationwide monitoring efforts, which will be conducted by control and inspection teams around the clock.

After numerous complaints reported symptoms of food poisoning among citizens, the JFDA, in cooperation with both the Ministry of Health and the Ministry of Interior, tightened control procedures for all food establishments by increasing the number of field visits and extending working hours to run 24 hours a day.

The aim is to inspect all main meat suppliers that provide restaurants with the pulled chicken for shawarma, and other associated food establishments.

An unpleasant odour was reported by the JFDA after obtaining 59 uncooked chicken samples.

Test results showed that the chicken is not safe for human consumption due to the presence of dense bacterial growth caused by poor storage conditions at meat warehouses and a failure to follow JFDA guidelines for high-risk materials, which require storage temperatures not to exceed five degrees Celsius.

Legal measures were taken and all violators were transferred to the public prosecutor to pursue further legal action.

The JFDA stressed the need to adhere to all instructions issued by the administration and not to ease legal consequences on violators.

The foundation also called on citizens to raise awareness about food distribution and not to hesitate to report any violations or submit complaints.