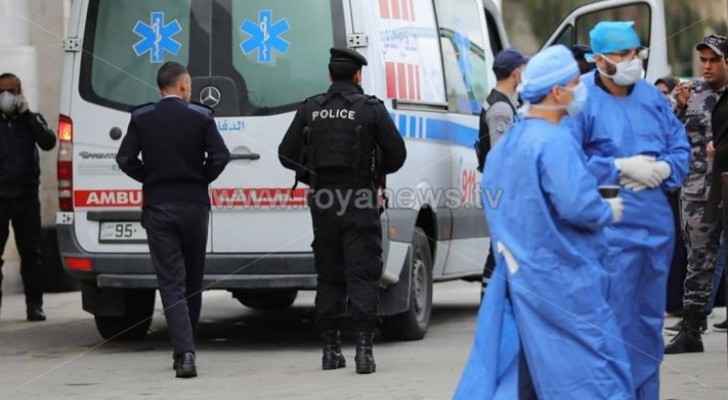 Jordan has confirmed eight new coronavirus cases today, bringing the total number of cases since the beginning of the crisis to 765, according to a statement issued by the government and the Ministry of Health.

- Four people in Zarqa who contracted the virus from an infected person.

- A Jordanian citizen who has recently returned from the United Kingdom.

- Three non-Jordanian truck drivers who were tested at the Al-Omari Border Crossing and were sent back to their home country.

According to the statement, five recovery cases were reported today, including three at Prince Hamzah Hospital and two at King Abdullah University Hospital.

A total of 6,027 random tests were conducted today, bringing the total number of tests conducted since the beginning of the crisis to 210,401.

The government announced today the plan to reopen sectors according to the phased matrix dealing with the coronavirus pandemic, which allows greater freedom of movement as of Saturday, June 6, with some exceptions, after reaching the level of "moderate epidemic threat".

For details, inquiries, or comments, the government urges people to visit https://corona.moh.gov.jo/ar/Together-to-Reopen.

The statement indicated that a comprehensive curfew will be imposed in the Kingdom tomorrow, with an emphasis on allowing citizens to go out for Friday prayers on foot between 11:00 am and 14:00 pm.

The work of the public sector employees will remain as previously announced, according to the guidelines and circulars issued by the Civil Service Bureau, and as determined by the competent authority.