The army forces isolating the area 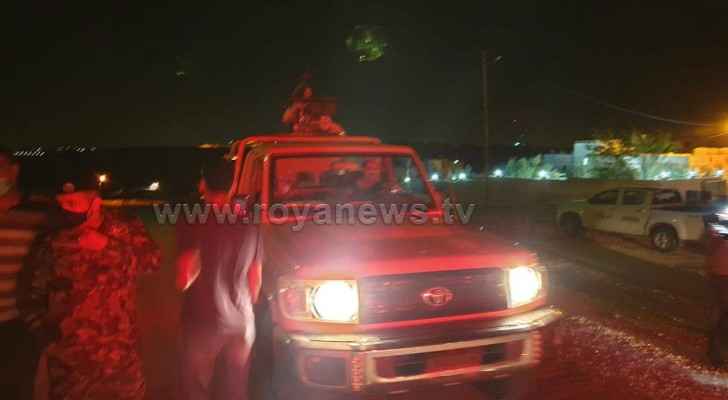 Jordan's army forces and isolated the Deir Al-Waraq area in Mafraq governorate on Tuesday night, May 12, after new coronavirus cases were recorded there.

In a statement to Roya, the Mafraq Governor, Yasser Edwan explained that two COVID-19 cases have been recently confirmed in the area, Roya's correspondent reported.

The Minister of Health, Saad Jaber, announced on Tuesday that 14 new coronavirus cases were recorded in Jordan today, bringing the total number of cases reported since the beginning of the crisis to 576.

Jaber said that among the new cases are five people who contracted the virus from the infected truck driver in Mafraq governorate, including two children under the age of five. In addition, three students returning from the United Stated and who were quarantined in the Dead Sea area have tested positive for the virus.

The Minister added that three new cases were confirmed in Zarqa governorate and three truck drivers of Arab nationalities were found infected at the borders and were sent back to their countries.