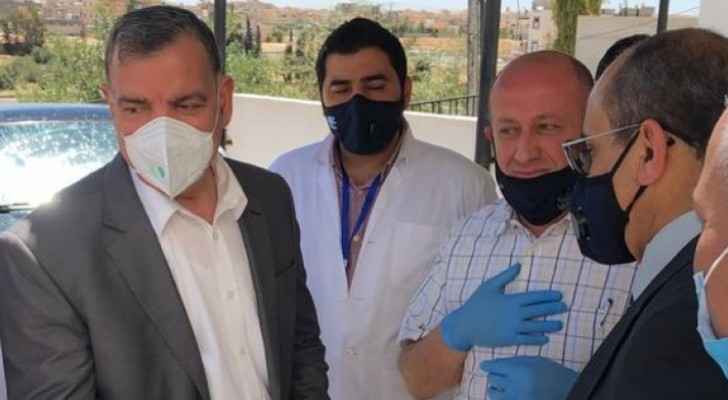 The number of people who had direct contact with the infected truck driver who lives in the Al-Khanaseri town of Mafraq governorate is 140, the Minister of Health, Dr. Saad Jaber said today during a visit to the governorate.

Jaber confirmed that the situation in the Al-Khanaseri area is under control with the help of the security services, adding that "tightening the procedures in Mafraq depends on the epidemiological situation in the coming days."

Jaber considered that what happened in Mafraq is a "major setback and a sudden shock."

The comprehensive curfew imposed in the Kingdom today helped the epidemiological inspection teams to do their work and collect samples from people who had contact with the driver, the Minister said.

He called on people to avoid gatherings and holding iftar banquets to prevent the transmission of infection.

Also read: COVID-19 cases who had contact with infected truck driver rise to 33