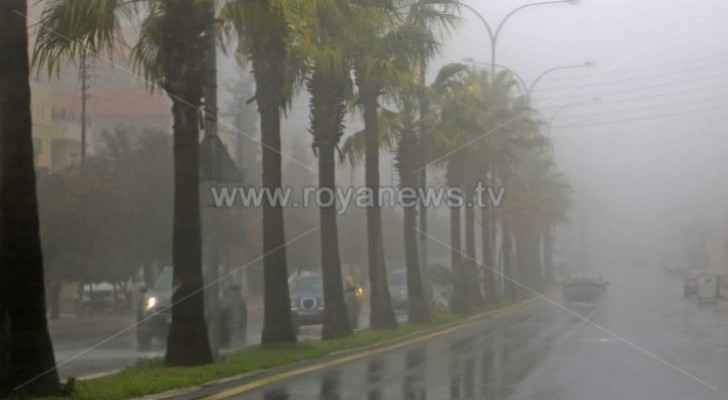 A slight drop in temperatures is expected tomorrow as the Kingdom will get affected by unstable weather conditions, Head of the Jordan Meteorological Department (JMD) Hussein Momani said today.

Rain showers are expected tomorrow morning in the northern and central parts of the Kingdom. However, the unstable weather conditions will start affecting the Kingdom tomorrow afternoon, as the weather will be relatively cold in various regions.

Rainfall is in the forecast in most areas of the Kingdom and may be heavy at times and accompanied by thunderstorms and hails showers.

Northwesterly active winds are expected, causing dust to rise in the Badia region.

-Risk of low visibility due to dust especially in the Badia region.
-Risk of slippery roads in areas that will witness rainfall.
-Risk of flooding in the valleys and lowlands at night.

Also read: Weather depression to hit the Kingdom this Tuesday