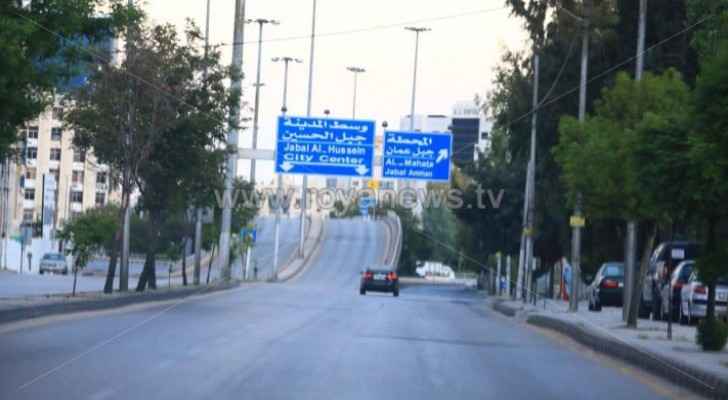 The government's decision allowing people to use their vehicles has taken effect today at 8 am.

This decision will be implemented in the governorates where the curfew restrictions were not eased or amended and permit holders will be exempted by virtue of the nature of their work.

For its part, the Public Security Directorate (PSD) confirmed that work will continue in this system until new instructions are issued that cancel or amend it, stressing that the use of private vehicles will be permitted from 8 am until 6 pm.

The PSD stated that plate numbers that end with an odd digit are allowed to be used today, while those ending with an even digit can be used tomorrow. Since there will be a comprehensive curfew this Friday, no vehicles will be allowed to be used. However, people whose vehicles' plate numbers end with an even digit can use their vehicles on Saturday.

The PSD called on people to strictly adhere to the instructions issued, confirming that legal action will be taken against the violators according to the defence orders. In addition, the violating vehicles will be seized for a month.

According to the PSD, public safety conditions include the following:

Read more: You're not allowed to use your vehicle tomorrow unless the plate number ends with an odd digit