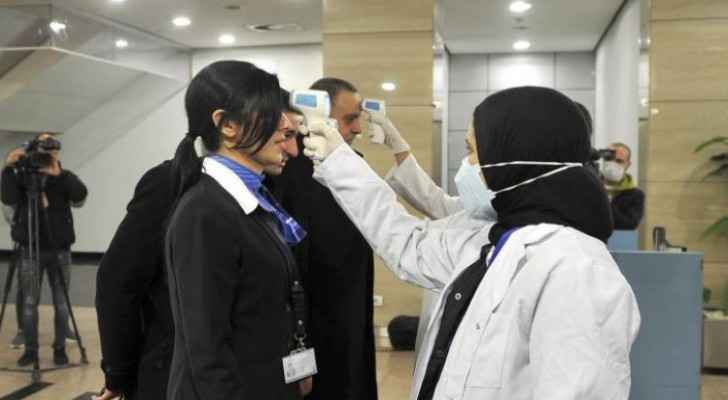 A Jordanian citizen infected with coronavirus has died today in Egypt, according to the Egyptian Ministry of Health and Population.

In an official statement, the Ministry announced that six people died today, including a Jordanian citizen and five Egyptians.

However, 69 new COVID-19 cases were reported in Egypt today, bringing the total number to 221, including 179 recovered cases, said Dr. Khaled Mujahid, Advisor to the Egyptian Minister of Health and Population for Media Affairs, adding that all the new cases are of Egyptians who returned from abroad and others who had direct contact with patients.