Adaileh: Rise in the number of deaths is normal and expected

Adaileh: Rise in the number of deaths is normal and expected 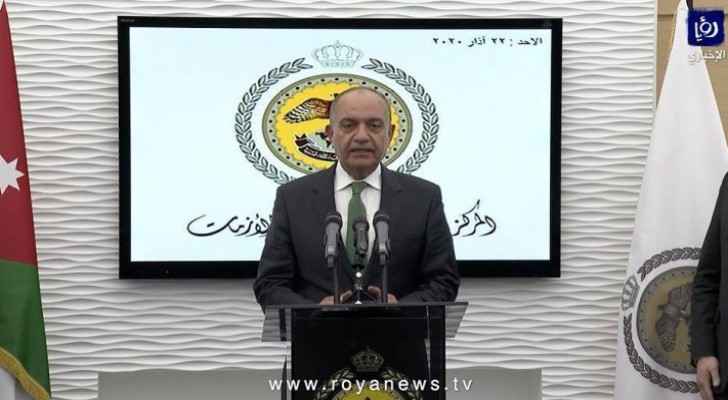 The Minister of State for Media Affairs, Amjad Adaileh, has said that the rise in the number of deaths due to coronavirus is normal and expected.

During a press briefing at the National Center for Security and Crisis Management, Adaileh said that "the majority of countries in the world that have been affected by the virus have confirmed deaths. This reflects the danger of the epidemic and we must take care and caution and adhere to the instructions announced by the government, the Jordan Armed Forces-Arab Army (JAF) and security services."

He added that "during the past two days, we have witnessed a decrease in the number of cases and this does not mean that the pandemic has subsided, as the risk still exists, caution is still required, and commitment is obligatory, especially in light of the increasing number of deaths." He stressed that the coming days are very crucial in confining the epidemic.

Adaileh pointed out that this matter depends on citizens' awareness of the danger of this epidemic and their commitment to public safety and curfew instructions.

"Since early morning, the people quarantined at the hotels have been discharged according to strict procedures, to preserve their health, and the health and safety of those close to them," he stressed.

"The quarantined people and their families showed their satisfaction with these measures and this confirms that your health and safety are our highest priority," the Minister affirmed.

He noted that the persons who left the hotels will be subjected to home quarantine for two weeks as a precaution. He also warned against having direct contact with any of them or visiting them.

He said that some of the authorized banks and exchange companies have opened their doors today to receive citizens, with the fewest possible number of employees and with strict precautionary and preventive measures.

The Minister also praised the role of JAF, security services and Community Police, who volunteered and helped organize citizens' entry into banks and shops authorized to open.

He said that several people, especially the elderly and people with disabilities, complained about not being able to reach to the banks as no vehicles were allowed to be used without permits.

People also complained about the lack of banks close to the areas of residence.