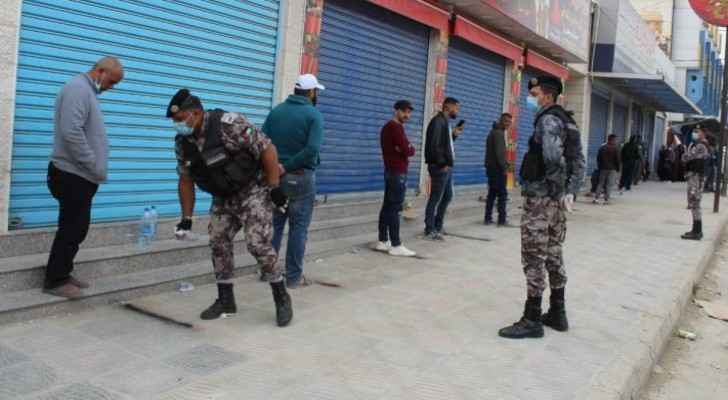 Community Police Department at the Public Security Directorate (PSD) has launched the "Safe Distance" initiative today to motivate citizens and owners of stores authorized to open to adhere to health guidelines and to keep a social distance.

Members of the Community Police have drawn marks on the sidewalks to urge people stand in distance.

This initiative comes as part of the Community Police's efforts to confront the corona epidemic and to protect society from the risk of its spread.

Both shoppers and shop owners showed great interest in the initiative and cooperated with the Community Police members.

According to the Defense Order, citizens are allowed to get their needs from groceries and minimarkets on foot and should leave at least one and a half meters of space between each other. Only people aged between 16-60 are allowed to go to shops.

Based on the Order, no vehicles are allowed to move in the streets without official permits.