Irbid governorate on complete lockdown, 70 out of 212 cases in Jordan recorded in the city

Irbid governorate on complete lockdown, 70 out of 212 cases in Jordan recorded in the city 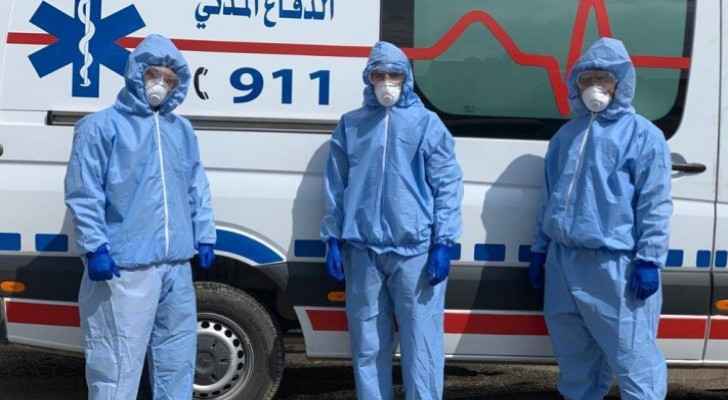 The total number of coronavirus cases in Jordan's Irbid governorate has reached 70, including the citizen who recovered, based on reports issued by the Ministry of Health.

Last evening, the Minister of Health, Saad Jaber, announced that 40 new corona cases were confirmed in the Kingdom, of which 26 were reported in Irbid and 19 in Amman.

-One person returned from the United Kingdom

-Two Iraqis, one of whom returned from the United Kingdom before the quarantine decision was taken

-One case and it's still unknown how the person was infected

The government decided yesterday to place Irbid governorate on complete lockdown due to the high number of cases reported in the city.

During a press briefing at the National Center for Security and Crisis Management, the Minister of State for Media Affairs, Amjad Adaileh, said that Qasabet Irbid village and the surrounding villages will be isolated from the rest of the villages in the governorate.

He confirmed that services will be delivered to the isolated areas.

"Despite the rise in the number of corona cases in Irbid, the situation there is still under control," Adaileh stressed.

He confirmed that the epidemiological investigation teams were reinforced with the necessary medical equipment and personnel to confront the spread of the epidemic in the governorate.

He called on citizens who had close contact with patients who were announced or had heard of suspected cases, to go immediately to the nearest hospital to undergo the necessary medical examination, stressing that and the hospitals in Irbid governorate are ready to receive them.

Adaileh reiterated that the groceries and minimarkets that were allowed to open will be available seven days a week, including Fridays and Saturdays, from 10:00 am until 6:00 pm.