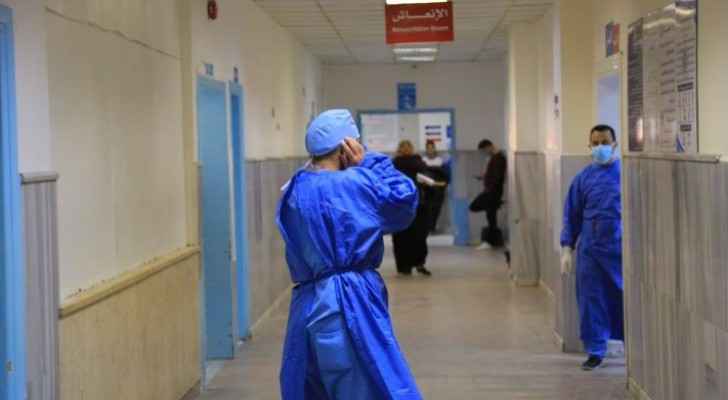 The coronavirus caseload in Jordan has reached 153, with 26 new cases recorded today, the Minister of Health, Saad Jaber announced during a press briefing this evening.

Jaber said that among the newly reported cases are 12 people who had direct contact with people infected after they attended a wedding in Irbid, as well as three people who returned from the United Kingdom, one of them was already quarantined in one of the hotels, four people who had direct contact with an infected citizen, a Spanish national who arrived in Jordan on March 10, and a person who arrived from the United States 10 days ago.

The Minister urged citizens to stay home and to commit to the measures set by the government to fight the virus.

For his part, the Minister of State for Media Affairs, Amjad Adaileh, said that there are steps to improve the quality of delivery of essentials to citizens that will be announced by the Prime Minister Omar Razzaz today, confirming that the government will keep providing citizens with bread, but will address the shortcomings.

Minister Adaileh added that "we have witnessed a significant increase in the number of infections with the virus today, and this is a dangerous indicator."

"The coming days are decisive and we have to choose either contribute to confining the virus and eliminating it or increasing its spread by continuous contact," Adaileh said.

Regarding the process of delivering medicine and water to citizens, Minister Adaileh said that "things went well, despite the high demand pharmacies, water distribution stations and authorized gas stations. Therefore, meeting the citizens' needs takes time. With regard to the distribution of bread, as I mentioned this morning, we have seen transgressions and we will work to overcome such practices."