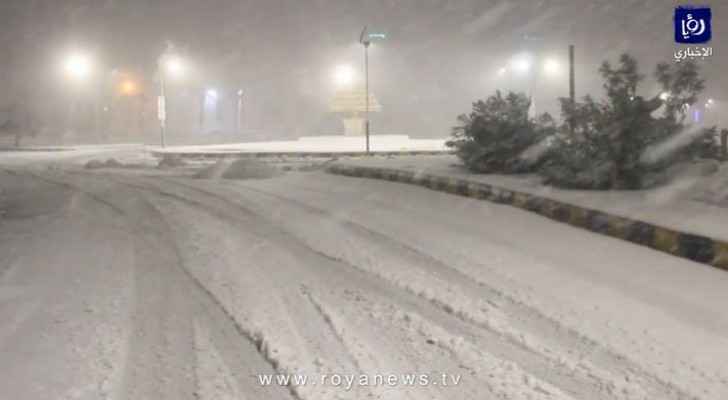 Snow has blanketed several high areas in Tafilah and Karak governorates, south of Jordan, leading to road closures in these areas.

The Kingdom is affected by a third-degree weather depression, accompanied by a polar air mass.

The peak of the weather depression was on Saturday dawn, as most areas in the northern and central regions of the Kingdom witnessed heavy rainfall, while some southern regions witnessed snowfall.