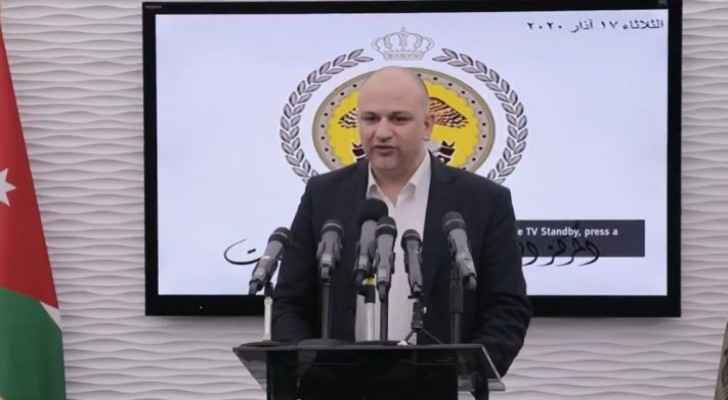 The two-week leave the government announced today for the public and private sectors is expected to increase internet usage and consequently slow down speed without going offline, Minister of Digital Economy and Entrepreneurship, Muthana Gharaibeh, said.

The minister added that telecom service providers will continue their operations while allowing their employees to work from home without giving them formal leave.

Earlier in the day, the government announced a series of measures to fight the novel coronavirus to be implemented tomorrow, Wednesday, March 18, for two weeks as follows:

-Suspending work hours for all public departments and institutions, except for vital sectors to be determined by the Prime Minister based on the recommendation of the concerned minister.

-Suspending work hours for the private sector, except for the entire health sector, and vital sectors to be determined by the Prime Minister based on the recommendations of the Minister of Industry, Trade, and Supply.

-Preventing the gathering of more than 10 people.

-Stopping the printing of newspapers, as they raise the risk of virus transmission.

-Setting up quarantine camps on the land ports for Jordanians returning through them. Jordanians abroad are urged to stay home and follow the procedures of prevention and safety determined by the countries hosting them.

All precautionary and preventive decisions and measures shall be applied as of tomorrow at 8:00 am for two weeks.

The cabinet has called on people not to leave their homes except in the most urgent cases.