Cabinet decides not to suspend kindergartens, schools and universities 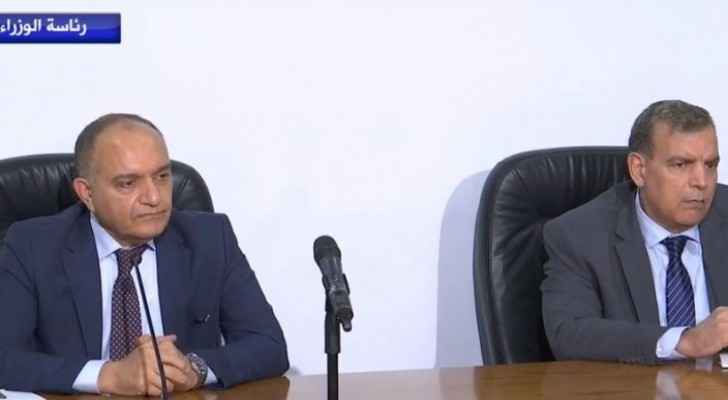 The Minister of Health, Saad Jaber and Minister of State for Media Affairs, Amjad Adaileh has held a press conference today at the Prime Ministry building.

The cabinet has decided that there will be no suspension for kindergartens, schools and universities for two weeks contrary to the national committee for epidemics' suggestion.

During the conference, the Health Minister explained that those under the age of 16 don't get infected with the virus.

"If schools are suspended, distance learning will be offered for free," the Minister said.

The Minister said that the travel ban from and to Germany, France and Spain that was decided earlier will take effect as of Monday, March 16.

He stressed that any expatriate worker coming from abroad will be banned from entering the Kingdom.

"The government will take more precautionary measures against the virus soon," the Minister stated.

"Banning shisha is under consideration," the Health Minister mentioned.

"All Jordanians coming from abroad are allowed to enter the Kingdom," Minister Jaber said.

However, he confirmed that the infected citizen is expected to be discharged from the hospital tomorrow as he has recovered.

Read more: National committee for epidemics suggests a set of recommendations to deal with corona